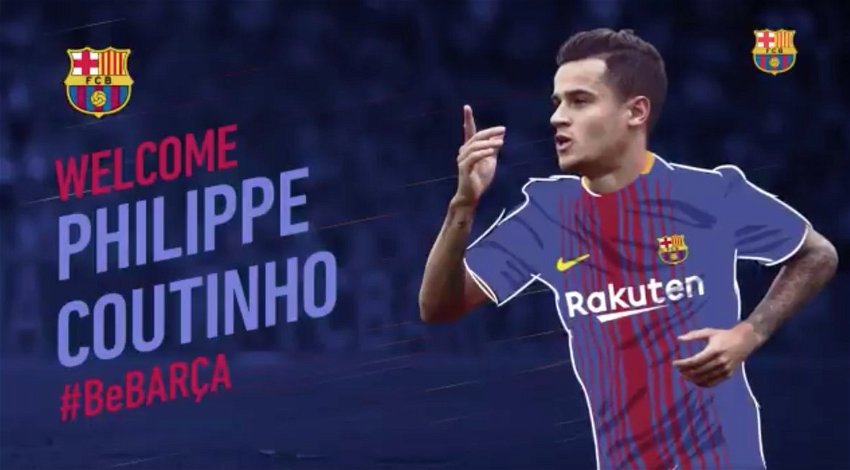 BARCA BOUND: Liverpool and Barcelona have agreed a fee for Philippe Coutinho

BARCELONA and Liverpool have announced that they have agreed a deal for the transfer of Philippe Coutinho, subject to a medical and personal terms.

Barcelona have also announced that the player will sign on a five-and-a-half-year-deal with a buyout clause of €400 million.

While the fee has not yet been revealed, many reports are putting the fee in the region of €160 million.

A Liverpool club statement, released on their official club website said: “Liverpool FC can confirm Philippe Coutinho will be leaving the club after a transfer agreement was reached with FC Barcelona, subject to medical and agreement of personal terms.

“The player now has permission to complete the usual formalities to conclude the transfer immediately.”

Following the statement, Barcelona released a promotional video welcoming the Brazilian to the club.

A statement released on the Catalan club’s website said: “The midfielder arrives at FC Barcelona after demonstrating his class as a player with Liverpool and the Brazilian national side.

“Born on 12 June, 1992 in Rio de Janeiro, Brazil, Phillipe Coutinho is one of the most talented midfielders in the world with the potential to get even better.”

“The Brazilian is a versatile presence in the squad as his technical ability and vision allow him to play in midfield.

“His attacking instincts also mean that he is equally at home in a more advanced role on the wing.

“Coutinho is quick and always willing to take on defenders and his nose for goal is undeniable as he scored 13 times for Liverpool last season.”

The 25-year-old was the subject of several bids by Barcelona over the summer but was widely expected to see out the rest of the season on Merseyside.

According to reports, if all goes well with personal terms and the medical, he could be in line to make his Barcelona in Thursday’s Copa del Rey tie against Celta Vigo