Something must be done quickly 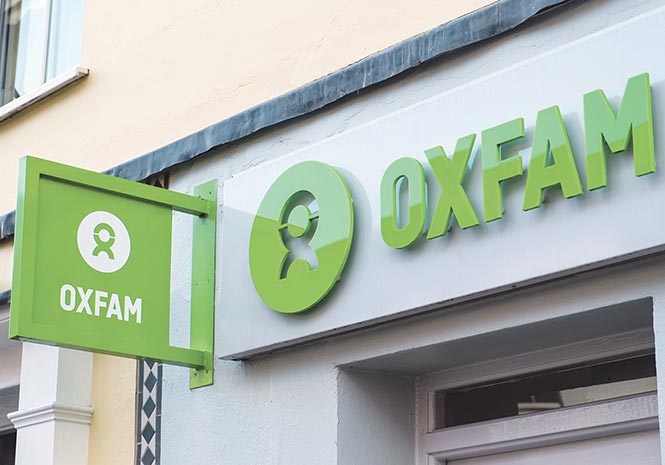 OXFAM SCANDAL: The tip of the iceberg?

THESE latest revelations of paedophilia and ‘sex for aid’ in OXFAM didn’t surprise me one bit.

Frankly I also consider it merely the tip of the iceberg. I believe that just about all organisations that deal with children are positively riddled with these low life predators. After all, if I were a junkie I would go where the drugs are. If my habit was gambling I would seek out gambling joints.

It stands to reason that those who feel the need to prey on youngsters, go where they can find children. OXFAM. UNICEF. Football scouting. Church and teaching organisations. Dr Barnardo’s homes. Children’s hospitals and so on, all are vulnerable to the infiltration of these evil beings who destroy young lives before they have barely begun.

A recent report by an ex-UN official stated that UN aid workers, may not only have raped up to 60,000 people over the last 10 years, but are estimated to employ some 3,300 paedophiles in their worldwide operation.

One terribly sad result of these alarming, seemingly never-ending revelations, is that decent men and women, who sincerely want to help and care for the young, are shying away and entering other professions, simply because they don’t want to be regarded with suspicion by their peers. Even stating publicly that you love children can attract a ‘funny’ look in some circumstances. If this unacceptable situation is allowed to continue unchecked, sooner or later the majority of children’s charity workers will all be sex abusers and paedophiles.

So where do you start? Well first of all there needs to be a worldwide easily accessible data centre, which holds a record of every worker who has been sacked for abuse of any kind.

This would ensure that these people at least could never get into any other organisation that involved children. Secondly, those at the very top need to be thoroughly vetted. After all it stands to reason, if they are rife with such large numbers of offenders, some could quite easily be in board and management positions.

This would also explain the fact that there have been numbers of occasions where whistleblowers have been sacked, with their accusations stifled and pushed under the carpet.

Far from being vilified, these caring people need to be given every encouragement and complete anonymity while a thorough investigation of their accusations is conducted by an independent body set up by respective governments. I also believe the finances of these big charity companies should be more carefully looked into. It seems to me many of those ‘at the top’ seem to be living far too comfortably – for comfort – if you get my drift.

Well that’s my three penneth, for what it’s worth. All I know is something must be done and as quickly as possible. After all it is the children who are suffering at the hands of these monsters, and above all they must retain priority.

Thanks for all your wonderful mails after last week’s piece. Fair warmed the ol’ boy’s cockles. Keep ‘em coming, and whatever ya do.