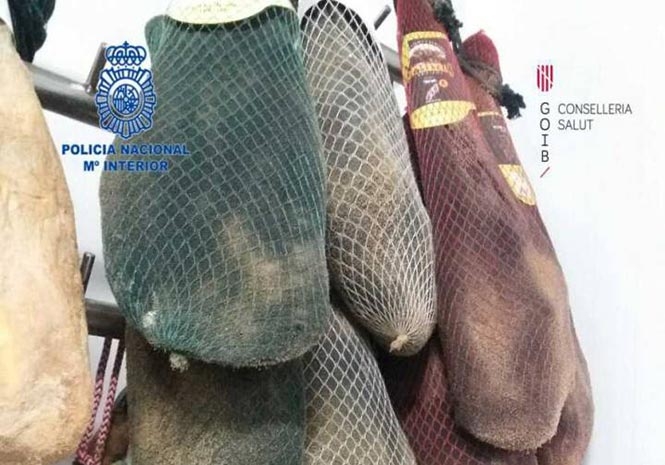 SEIZED: Police found some 30,000 kilos of expired meat in a search of the company's stores

NATIONAL POLICE have uncovered more than 30,000 kilograms of frozen meat, some of which had expired three years ago, in the stores of a food company in Mallorca.

The meat was destined for kitchens in schools, hotels and restaurants, according to police. They added the company may have been selling expired produce throughout the island for at least a year.

The owner of the company, along with two employees, were arrested and charged on suspicion of being behind the sales after being questioned by officers. Police said the expiration dates had been altered and the meat passed off as in date.

Gonzalo Calleja, the head of the Central Unit of Illegal Immigration and Falsified Documents (UCRIF), said investigators began their probe after a worker for the company complained to authorities. The member of staff claimed he was subjected to unacceptable working conditions whilst there.

Officers then made seven visits to the company’s storage sites and they said they found two which contained numerous irregularities.

It was in one cold storage room that police found the 30,000 kilos of expired meat, which included smoked salmon and cooked octopus.

Calleja said the firm had not documented the origin, date of purchase and expiration of the produce. One batch of meat tested positive for salmonella, the official added.

Investigating officers and the Balearic Goverment’s Food Safety department said they had not uncovered any cases of illness as a result of eating the company’s meat.

“The fact that we do not have proof of this does not mean that it has not occurred,” Calleja said.

Authorities also said workers at the company carried out “risky” methods of defrosting the meat, including dunking it in large tanks of hot water which can create health risks.

The general directorate of Health has stopped the company from operating while the investigation is ongoing. Proceedings have been sent to courts in Palma.