RETIRING ABROAD: Five reasons why Spain is an attractive destination 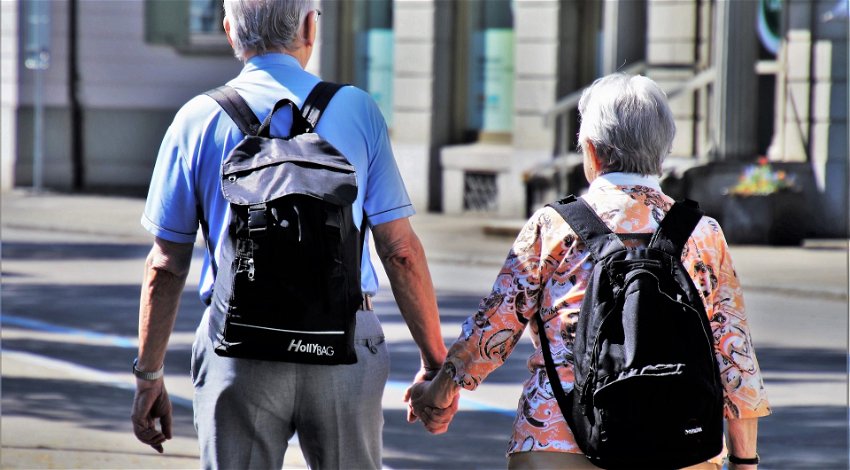 A NEW CHAPTER: Spain offers retirees an abundance of beauty, warmth and adventure.

WITH a warm climate, beautiful beaches and diverse landscapes from majestic mountain ranges to quaint coastal havens, it’s no wonder why Spain is such an attractive destination for those looking to experience their own share of “la buena vida”.

The country even ranks second out of 46 countries for experience – based on categories such as lifestyle, people and setting up home – in HSBC’s 2017 Expat Explorer Survey. It’s clear that expats regard Spain as an ideal destination, including those looking to retire.

This article explores the ‘need to knows’ for retirees, such as the cost of living, health and lifestyle.

As any expat moving to Spain soon discovers, there’s a difference between weather and climate. Spain has climate. Parts of the Costa del Sol enjoy warm summers and mild winters, notching up a cheerful 320 days of sunshine along the way, according to AEMET, Spain’s meteorological agency. The picture is a little different inland and in the sierras where winters are bright but colder, and it’s rainfall that keeps those hills of northern Spain so green. But it’s easy to see why an overwhelming majority of expats positively cite the Spanish climate as a contributor to an improved quality of life.

A kind climate generally creates a sense of wellbeing, both mentally and physically.

Life in Spain is lived outdoors, pretty much all year round in some regions, and at an appreciably slower pace. Access to outdoor leisure pursuits, from hiking to riding, from golf to beachcombing, make it easier to get fit without even trying. The health-boosting Mediterranean diet and a highly regarded public healthcare system completes a virtuous circle.

After the long downturn following the 2008 crash, still referred to in Spain as ‘the crisis’, things are looking up in Spain. Still, property prices and rent remain comparatively low: the average price of accommodation per square meter in 2017 was €4.382 and although rental prices are on an upward trend, particularly in high-demand areas, expats can still expect lower rates than in northern Europe.

In Internations’ 2017 survey, Spain was seventh of 65 countries for where expats find that their incomes go further. The same is true of the major cities as another survey, this one by Mercer, found that while Madrid and Barcelona were the most expensive in terms of cost of living, they’re still a long way from the top of the league globally.

Slow down, head out and join in. Spain’s outdoor, face-to-face lifestyle makes it easy for expats to slot right in and start living the life. People who have moved here from overseas tend to find a warmer welcome from locals than in many other expat destinations, though having even a basic grasp of Spanish will make a big difference, especially since English isn’t widely spoken outside the cities and resorts.

Retirees seeking to build a new social life are well placed to find one, whether settling in a coastal expat community or heading for the hills, with plenty of opportunities for socialising; an afternoon nursing a drink and tapas on the shady terrace of a bar or joining in the local fiestas can be done from pretty much anywhere.

Family life is at the heart of Spanish lifestyles and it’s not unusual to see four (even five) generations of the same family filling a lunch table set for twelve. Children are actively welcome in restaurants and cafés and since this isn’t an early-to-bed culture, you’ll soon get used to seeing them scampering around well into the evening. It can take a while to adjust to the much slower pace of life – things don’t happen in a hurry in Spain, which comes with its own rewards as well as the inevitable downsides. Still, there are reasons for Spain’s position at the top of HSBC’s league table when it comes to quality of life, and that’s probably one of them.

There are many faces of Spain: thriving, cosmopolitan cities, coastal demi-paradises where the sun never seems to stop shining, mountain towns and villages, the little white pueblos of the south where the only sounds are birdsong and the timeless sound of goat bells. Expats find their way into all of these and more, exploring the country from wherever they’ve made their new home. And it’s easily done – Spain’s transport infrastructure is well served by generally toll-free roads, and by a highly affordable bus and rail network.

Given the comparatively low costs involved, a short break away won’t break the bank and is especially rewarding when you head off the beaten track. Spain’s UNESCO world heritage sites aren’t confined to the big cities. Visit towns such as Cuenca or Segovia outside the high summer season, for example, and you’ll have plenty of space and time to explore Spain’s rich culture, history and heritage.

Retirees may cite numerous reasons for moving to Spain – but one thing’s for sure, the laid-back lifestyle, low cost of living and beautiful scenery will always be high on the list.