The answer is football 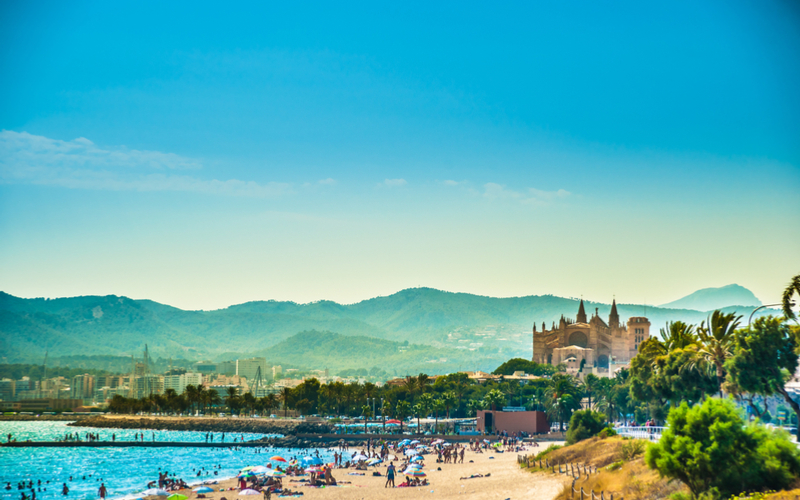 I JUST spent a very pleasant weekend in Mallorca with a bunch of nutters, as Del Trotter would put it, for a jolly boys outing.
I knew it was going to be fun as soon as I met Lilian and Roland at the airport who were off on a cruise to celebrate 60 years of being married. My flight was good; the villa that we had booked was great and the weather fine. So I know what you are thinking – what made me grumpy?
Well I’m glad you asked. The answer is football. Football made me grumpy for two reasons. The first was that our lads had entered a five-a- side tourney and, to begin with, they were not taking it as seriously as maybe they should have.
Everyone else turned up in their proper kit. We had Primark T-shirts; the boys were all in different makes of shorts with different coloured socks. You get the idea.
We reckoned we would get knocked out in the first round, but we didn’t. And we also got through the second round. Now it was turning out to be a bit of a Rocky moment. The underdogs were beating everyone. By now we were buzzing having reached the semi-finals.  We only had to beat the local police team to get into the finals. We looked over to where they were sitting and see that 15 minutes before the match they were all sitting down tucking into a lunch of pasta, burgers, wine, beer etc. We thought this was going to be a doddle.
As our team was going onto the pitch the police team were still eating their lunch and had put four new players on the pitch that hadn’t even played in the earlier matches.
Our ‘manager’ asked one of the organisers if this was allowed and was told that, because of shift changes they allowed it.
So basically we were cheated, by the police, out of the finals. The ringers they put in the team were fresh and our boys were cream crackered. Anyway if that’s how you have to win, good luck to you. I don’t actually mean that – it shouldn’t be allowed, full stop.
The second football thing that made me grumpy was the West Ham v Chelsea game.  How come, in their combined starting line-up, they manged to field only one home grown British player between the two teams?
We have to nurture our kids more and stop ruining the game by buying in these spoilt brats. In a squad of 25 only eight have to be home grown players.  The glorious game is not what it used to be I’m afraid.
Mike Senker
[email protected]