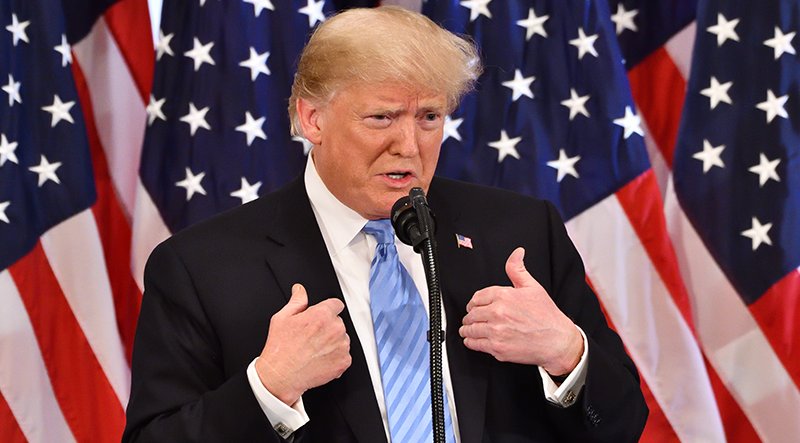 LOVE him or loathe him, there’s no way you can ignore Donald Trump. Or what’s said or written about his presidency – especially the so-called Russia connection.
But why does he behave the way he does? If he’s innocent of any possible complicity, why does he keep acting as though he’s guilty?
If he or his staff played absolutely no part in Russian election interference, why did he sack the FBI director James Comey, an own goal that led to the appointment of special counsel Robert Mueller?
Then there are his business links to Russia and the millions of dollars that reportedly ended up in his property empire from Russian sources.
There is, too, that notorious Trump Tower meeting at which Donald Trump Jr allegedly expected to come by some scandal about Hillary Clinton from Russian sources.
And there’s Trump himself, who has criticised America’s closest allies and publicly humiliated his FBI, but only ever speaks warmly of Putin, America’s foremost adversary.
Was there genuine collusion between the Kremlin and the Trump election campaign resulting in his surprise victory?
We’ll probably never know for sure. But one thing is for sure. To those who worship The Donald he can do no wrong because he is The Donald.
To suggest otherwise is worse than lying. It’s heresy. (As set in their ways and as uncompromising as an acquaintance when asked what he thought of the Renault 5.
He unhesitatingly replied they were definitely NOT guilty!)
Trumpflakes mimic Trump – any news they don’t like is dubbed ‘fake news’ or ‘alternative facts’.  As for Trump himself, he’s built electoral success on the premise that truth is in the eye of the beholder.
For instance, he was once addressing a rally in Kansas City and let slip something that sounded as though it had come straight out of George Orwell’s apocalyptic novel, 1984.
He said: “Just remember, what you are seeing and what you are reading is not what’s happening.”
Oh, but it is, Mr Trump! Forget your ‘alternative facts’. This is rewriting history…
• Nora Johnson’s psychological crime thrillers ‘The Girl in the Woods’, ‘The Girl in the Red Dress’, ‘No Way Back’, ‘Landscape of Lies’, ‘Retribution’, ‘Soul Stealer’, ‘The De Clerambault Code’ (www.nora-johnson.net) available from Amazon in paperback/eBook (€0.99;£0.99) and iBookstore. All profits to Costa del Sol Cudeca cancer charity