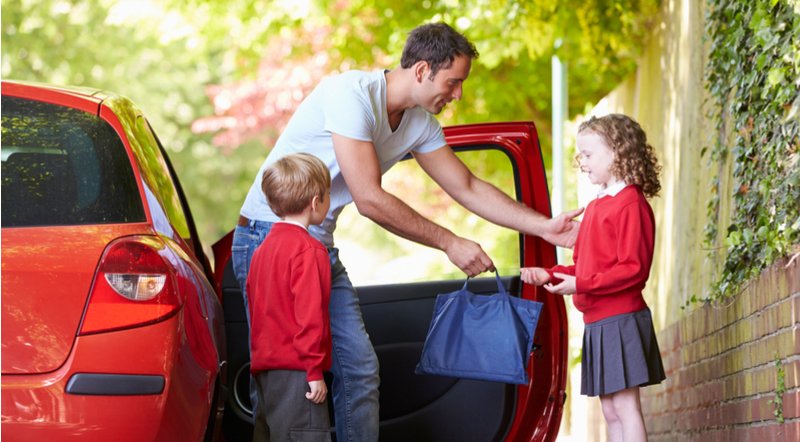 MORNING MAYHEM: Dropping the children off at school is no longer a stress-free event. Credit: Shutterstock

WHEN I was a kid I used to walk to school, which was about a mile from my house, and that wasn’t unusual back in the 1950s.
Then I had kids of my own and the schools were a little bit further from home so we drove them to school.  We parked in the car park and they would run off with their friends. You would never dream of parking in the street and blocking the traffic.
It just wasn’t done.
So what’s happened? Now, and I guess it’s not only here, parents think it’s OK to park anywhere to drop off and pick up their kids.
They double park or park on roundabouts and, God forbid, you hoot or suggest they go park somewhere they are not bringing all the traffic to a halt, the abuse you get is unreal.
OK, at a nursery obviously you are going to take them in, but I’m talking about big kids – you know, the ones that you see walking down the street with their mates on their phones having a ciggy.
So is it the kids being bone idle or is it the parents?  I’d love to know because driving around any school area is a nightmare. Some schools do have police outside and they move people on, thankfully.
I hate letters from the tax man so I wasn’t happy when I received one the other day which, at first glance, looked like they wanted a serious chunk of money off me.
On further investigation and with the help of Google translate and Mrs S’ expertise in reading Spanish, we discovered that what they wanted to know was if we owed a certain person money for work they had done for us, could we send the money to the Tax Office. Well, we had paid for the work so we called the person involved and asked what it was all about. He told us his version and said we should ignore it.
Well, we don’t ignore the taxman’s letters so we took it to our accountant and he said he gets thousands of these things.
Now here’s the thing – I would think, under the data protection act, they shouldn’t be discussing somebody else’s debts with us because this could damage this man’s reputation, because he’s in dispute with the taxman.
We are now in the situation that if we needed more work done should we use this person? I think it’s a diabolical liberty and shouldn’t be allowed. What do you think?
Finally I read something that made me scratch my head.
Apparently in 2012 the number of people that got married was 4,153,237 and, I don’t want to start any trouble, but shouldn’t that be an even number?
Email: [email protected]