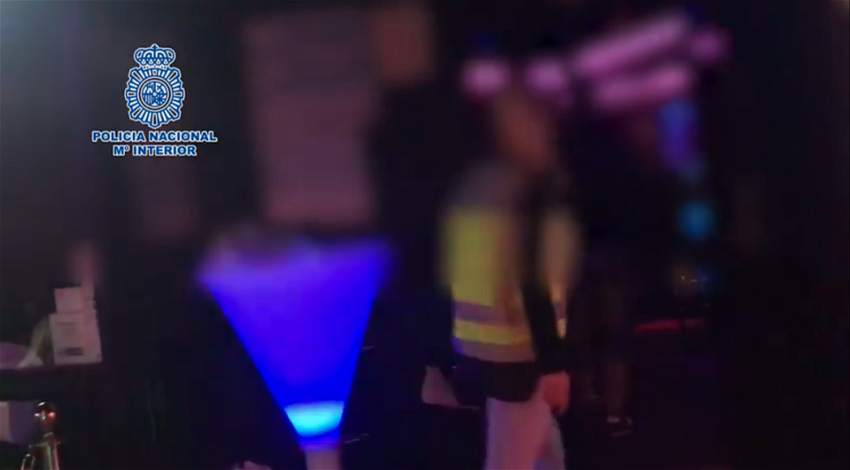 THE National Police have dismantled in Benidorm on the Costa Blanca, a criminal gang believed to be made up of Polish nationals, allegedly responsible for scamming customers out of 53,000 euros in total.
The detainees, the manager and three employees of a ‘sensual dance’ club in Benidorm allegedly robbed customers that used their credit cards in the establishment.
The club opened its doors in April, and police report that they began receiving complaints of a credit card scam linked to the establishment dating back to the same month.
Each victim of the alleged fraud complained that after paying by credit card at the club, an employee had allegedly added an additional zero to the agreed price before asking the client to key in their pin number.
Effectively, the victims of the scam were paying ten times more than the agreed price in their transactions, often oblivious to the amount being charged.
An investigation from the National Police found that the reoccurrence of the additional charges indicated a clear strategy to scam customers.
The Benidorm business offered ‘sensual dances’ by a collection of hostesses and charged accordingly to time spent with each hostess.
It is alleged that employees took advantage of the drunken state of customers in order to pull off the credit card scam.
Police sources also allege that receipts were withheld from customers in order to mislead the victims.
Police claim that during the suspected eight months the club and scam have been in operation, 53,000 euros worth of scammed funds were stolen.
The three employees in custody are aged 22, 23 and 27 years.
The fourth detainee, was a 34-year-old Polish man registered as the owner of the establishment.
All four remain in custody and face charges of fraud.
Police continue to investigate nine other individuals with suspected links to the scam operation as well.
https://www.facebook.com/periodicoAMB/videos/544275249382542/UzpfSTEzMjQwMjY1ODk6ODM1NDAxNDEzNDYyMDY3/