Where would we be without GPS? 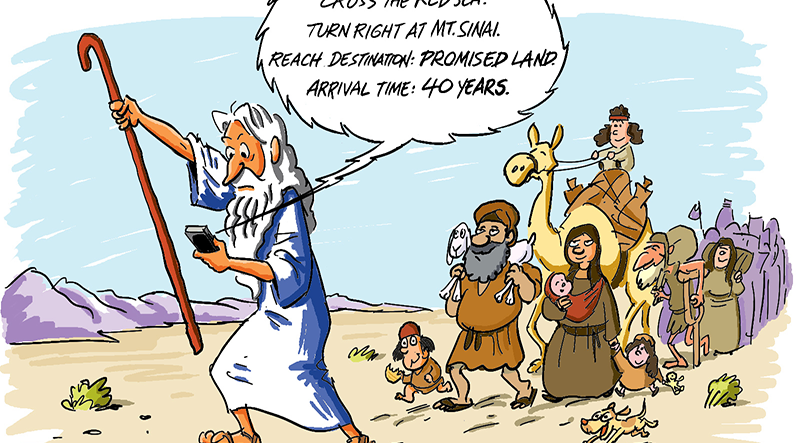 DID you know Brits are just about the only folks using satnavs?

As young people increasingly lose the ability to find their way unaided, according to studies, GPS systems (a.k.a. the Brits’ ‘satnavs’) are now so ubiquitous, so essential to 21st-century life that the world will apparently shudder to a standstill without them. Let’s hope Vladimir Putin isn’t reading this.

Dedicated GPS manufacturers like TomTom and Garmin (the Kodaks of our era?) cling on tenuously as smartphone navigation improves exponentially, but for how long?

In fact, is there still any advantage to buying a dedicated GPS unit for your car, rather than sticking your smartphone on a dashboard mount? And if you go that route (literally), are the freebie apps fine or does paying get you something better?

Using a dedicated GPS does still offer a few minor advantages. It’s not dependent on the availability of a mobile phone signal, it doesn’t nibble away at your data plan, it won’t use up your phone’s battery, because it’s a one-trick-pony it may be slightly more accurate than your multipurpose phone, and a good GPS should be faster at recalculating your route.

But the gaps are closing fast. Even some of the free smartphone navigation apps now offer live traffic information, you can compensate for smartphone battery drain by plugging the thing in, and by downloading the maps you want in advance you can improve accuracy in case you lose mobile signal on the way.

Fighting back, most GPS manufacturers now offer lifetime map updates on their devices – Catch 22 is that they are only for the area where you bought the device. Head to the USA or Australia or somesuch and downloading their maps can be ludicrously expensive.

Then there’s the ultimate scam: buying a new car, you may get free navigation and maps built-in. This year. Until update time when you pay, repeatedly, or all you’ve got left is a pretty ornament on your dashboard.

If you do decide to go with a smartphone, you can certainly use the tried-and-trusted free apps from Google or Apple. Or indeed the rapidly-advancing alternative, Here WeGo, or Waze whose users actually feed-back traffic information in real-time, a boon if you regularly encounter traffic-jams or roadworks.

MapFactor sounds like a cosmetic, but it’s free and well-reviewed, as is the hugely-popular Sygic with 50 million downloads so far and counting.

As for me, whatever device I use, it’s just wonderful to know these days that I can find almost anywhere with just an address, a GPS and a GPS override. That’s my wife.

FAMOUSLY the owner of a fancy new Mercedes drove it straight into a raging river in Leicestershire a while back. Because the GPS told her to.

An Australian piloted his luxury vehicle down a set of steps, disastrously. On the instruction of his GPS.

A Syrian trucker ended up in Gibraltar Point in Lincolnshire when he should have been some 2,500 kilometres in the other direction – in that ‘other’ Gibraltar.

And who remembers that classic BBC story a couple of years back, when a coach trip of UK pensioners on an outing to Belgium ended up in Spain instead despite their growing protests to the utterly impervious driver. He only finally conceded defeat when they pointed out the rather telling road sign: Bienvenido a España.