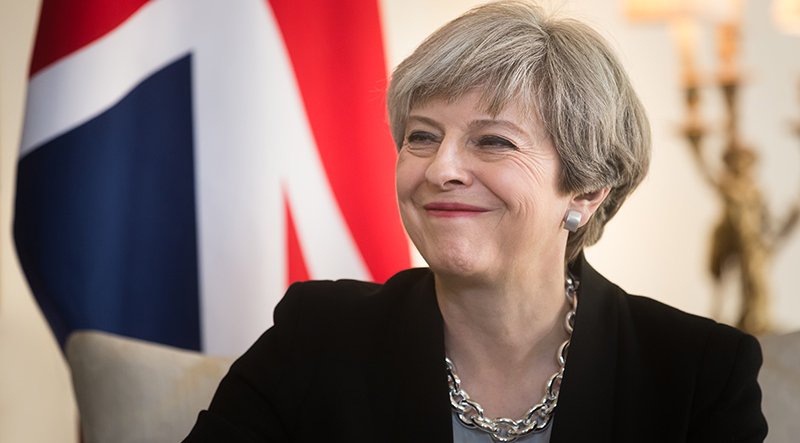 BOTCHED: Will the deal struck by Theresa May affect Gibralter? Credit: Shutterstock

WHAT is it with suits and the Partido Popular?
The former president of the Valencian community Francisco Camps was acquitted in a Valencian Court by a Valencian jury in a verdict approved by Valencian judges that decided some made-to-measure togs weren’t a Gurtel bribe.
Notes handwritten by the now-imprisoned former PP treasurer Luis Barcenas, who raked in party funding by fair means and foul, refer to a tailor. According to Barcenas during his trial, he made suits for Mariano Rajoy and was paid with black money.
Presumably a nice suit is less incriminating than wads of cash in a brown envelope – not so much money-laundering as money-tailoring.

Diversionary tactics
APPREHENSIVE Brits living in Spain still feel that May’s botched Brexit deal is better than no deal at all.
Spain is understandably concerned that any UK deal could affect Gibraltar but it really isn’t the right moment to go mentioning vetoes. Interestingly, dragging up Gibraltar was always Franco’s go-to tactic when he wanted to deflect attention from domestic affairs.
That or a hastily-arranged Madrid-Barça match, preferably in the capital. These days La Liga is harder to manipulate so that leaves only Gibraltar.
No-one’s suggesting that the president is taking a leaf out of Franco’s book, but it never comes amiss to deflect attention from domestic affairs.  Does it, Pedro?
Personality cults
WE could see this one coming a mile off: Albert Rivera wants Ciudadanos and the Partido Popular to support each other, post-election, to prevent Susana Diaz’s re-election as Andalucia’s regional president.
Diaz, if the polls are right, won’t get an overall majority in the December 2 regional elections.   She didn’t in 2015 but after a great deal of negotiation finally reached an agreement with Ciudadanos.
That’s not going to happen this time, not with Rivera still seething at Pedro Sanchez sneaking into the Moncloa when the PSOE’s poll ratings were at an all-time low and Ciudadanos’ at their highest ever.
And Diaz can’t turn to Teresa Rodriguez, who heads Podemos in Andalucia, owing to the former’s legendary antipathy towards the regional president.
In fact, it’s predicted that Rodriguez could do a CUP by demanding Diaz’s head in return for Podemos support.  And CUP, remember, saddled Cataluña – and Spain – with Puigdemont after refusing to back Artur Mas’s investiture.
That’s one that only December 3 can unravel but how unutterably unfair that politics are currently based on personality cults, not policies.

Missed opportunity
“YOU left us 43 years ago but are more present than ever,” declared Luis Alfonso de Borbon, referring to his great-grandfather shortly before the anniversary of Franco’s death.
Son of Franco’s granddaughter, Carmen Martinez Bordiu and Alfonso de Borbon, cousin of the Rey Emeritus Juan Carlos I, Luis Alfonso is Pretender to the French throne and has been encouraged to believe he has some claim on Spain’s.
“We continue to remember you and pray for you,” continued the prince who was all of a year old when great-grandad died.
Sounds like we had a lucky escape there.