Brexodus … can anyone put the great back into Britain? 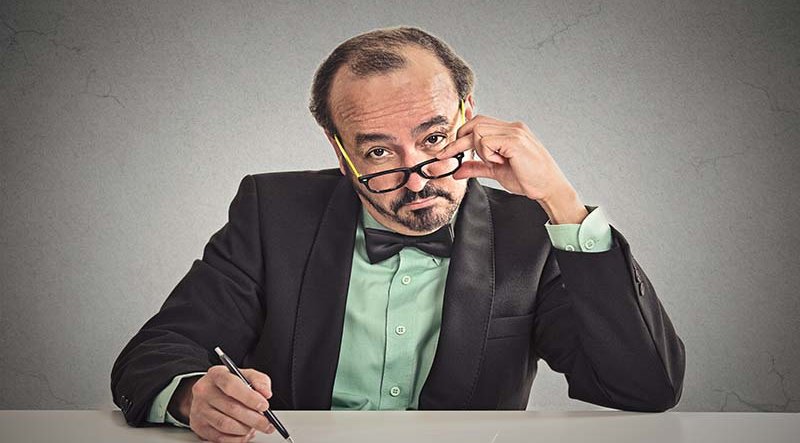 IN CHARGE: Bureaucrats have taken over. Photo: Shutterstock

A BIT of a rant this week (so what’s new, I hear you say!) First off, a nursing graduate claiming to be a doctor secured a management job with the NHS and fraudulently earned almost £350,000. What? Didn’t HR do any checks?
Then, we have the completely unqualified psychiatrist who ‘treated’ NHS patients for 22 years. (Maybe she raised suspicions because she provided the best psychiatric care ever encountered in the NHS?)
Isn’t it amazing what people can get away with, if they’re brash enough and nobody checks? I mean, just look at my own qualifications:
Nora Johnson FRCS, PhD, QC! And guess what: I regularly carry out heart surgery with only a Girl Guide certificate in embroidery (plus my stitching of vital organs is so artistic – incredibly underrated these days).
Next we learn that residents in Belgravia, London and Chigwell, Essex pay for private “bobbies on the beat” and community groups in Hartlepool, Co Durham conduct nightly patrols to prevent crime and “protect what’s ours”.
Let’s look at the NHS and police service a bit more closely. Firstly, the NHS. Its sacred cow status has allowed its service and efficiency to decline still further with unaccountable bureaucrats more committed to keeping their jobs and the unwieldy bureaucracy than improving the patient’s lot.
Although we’ve all heard wonderful stories of people saved by the NHS, we’ve also read truly shocking, dreadful accounts of hopeless, abusive, incorrect care, leading to suffering and death.
And as for the police, get bobbies back walking the beat, policing real crime, not ‘hate’ crime. It’s ridiculous that time, effort and taxpayers’ money is spent on virtue-signalling PC issues while real life ones go wanting. What’s the betting enterprising villains are at this moment hell bent over sewing machines, running up their own “private bobby” costumes?
What a sad indictment of these depressing Brexit times. But time to get used to the fact that Britain’s rapidly changing. Incompetent politicians; incompetent police; the NHS run by “managers” who couldn’t run a village fête let alone vital NHS trusts…
Nora Johnson’s psychological crime thrillers ‘The Girl in the Woods’, ‘The Girl in the Red Dress’, ‘No Way Back’, ‘Landscape of Lies’, ‘Retribution’, ‘Soul Stealer’, ‘The De Clerambault Code’ (www.nora-johnson.net) available from Amazon in paperback/eBook (€0.99;£0.99) and iBookstore.All profits to Costa del Sol Cudeca cancer charity