Ten Years of Helping Horses (and Donkeys) in Spain 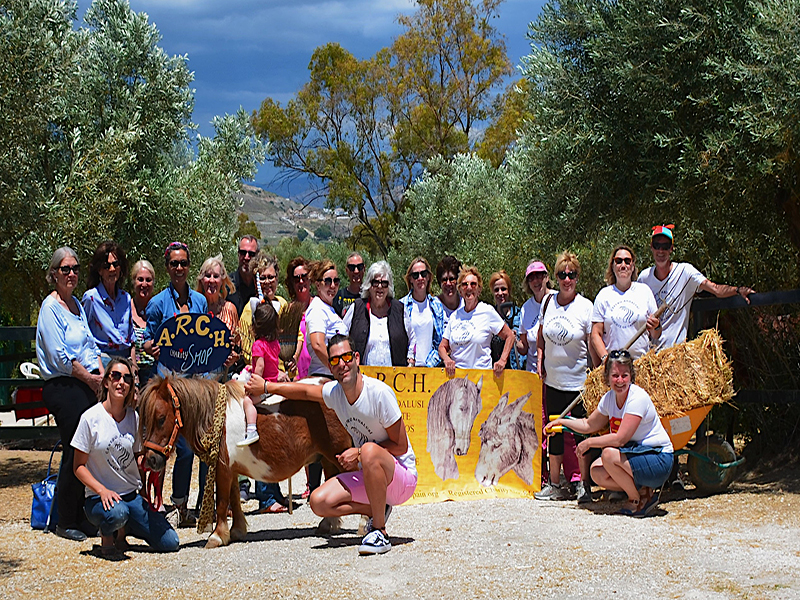 ARCH – the Andalusian Rescue Centre for Horses – is celebrating its tenth birthday this month.

Founded in 2009 by President Jill Newman Rogers and horse-loving friends, it has since rescued, cared for and rehomed more than 300 horses and donkeys.

From stables just outside Alhaurin el Grande, the charity works with the Spanish animal protection authorities to combat abuse and neglect which are a constant and ongoing problem, despite the recent introduction of new animal cruelty legislation.

It also works closely with the legal team who support the donkey sanctuary Refugio del Burrito since many of the rescues involve long and complicated court cases.

Some of the cases they are asked to help are victims of unbelievable cruelty – horses who have gone blind through being kept in dark and restricted conditions, others with hooves grown so long they cannot walk, neglected injuries which have resulted in severe physical damage, and emotional abuse that has made the animal at best, untrusting of humans and at worst, terrified and traumatised.

The reward comes in bringing the animals back to health and finding them loving homes.

Adopters are carefully chosen and given continual support.

Should an adoption not work out for any reason then the animal comes back to ARCH.

Sadly, some rescues don’t make it but at least their last days are filled with love and affection. Why do ARCH members do it? Well, as Jill Newman Rogers puts it,  “We help them because they have no voice of their own.”

ARCH is staffed solely by a band of dedicated volunteers. There are those who have extensive experience in the horse world, others who love animals and are not afraid of hard work, and some who help in fund-raising and organisation.

Each one has a part to play. Then there is the enthusiastic staff of the ARCH Charity Shop in Alhaurin el Grande whose efforts provide much needed finances for the horses and donkeys in the charity’s care, as many as 15 at any given time.

ARCH is always looking for new volunteers to help them in their work.

The charity is appearing on Channel 5 this month in the programme Bargain Loving Brits in the Sun, episodes 4 and 6 on January 31st and February 14th – the film crew visited several charities last year and made a feature of ARCH last summer.

If any readers feel they can help in any way please get in touch, you will be welcomed and valued.