Give us this day our daily bread! 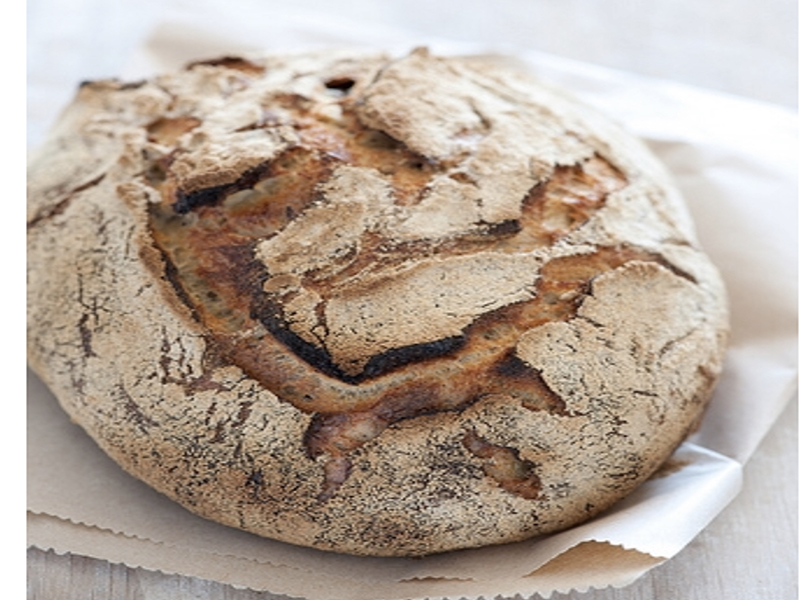 OUR Father who art in heaven, hallowed be thy name. Thy kingdom come. Thy will be done, on earth as it is in heaven. Give us this day our daily bread and forgive us our trespasses, as we forgive those who trespass against us and lead us not into temptation, but deliver us from evil.

For thousands of years bread has been a staple food for many cultures prepared from a dough of flour and water. Throughout recorded history it has been a prominent food in large parts of the world and is one of the oldest man-made foods, having been of significant importance since the dawn of agriculture.

Bread may be leavened by various processes such as natural occurring sourdough microbes, using the natural yeast from the air around us, which is a traditional method like my grannie used, but industrially produced yeast or high-pressure aeration is more common.  Commercial bread usually contains additives to help improve texture, colour, shelf life, nutrition and ease of manufacturing quantity.

The best bread that we have ever eaten though is the bread that our grandmother used to make and that recipe comes from her great grandmother. It goes back hundreds of years then suddenly after all these years, when we get bread so right and love it so much, we stop making and baking, and start buying bread from the shops that is packed with additives, colourants and aeration agents, which makes it as light as a feather and often tasteless. Then we ask ourselves whatever happened to real bread?

My job as a leading chef is to recreate some of the world’s lost recipes and traditions and one of our most lost skills is making bread. We know that bread is high in carbs so I have been looking at how to make bread with no carbs.

I created a bread made from powdered nuts to create a nut flour instead of a wheat flour.  Nuts I am, and regulars have seen me buying tons of almonds and eggs to replace wheat flour . It works really well – except that it tastes nothing like real bread and my grandmother’s bread still sticks in my head as the best ever.

My grandmother used to make sourghdough and so I recently started researching how to recreate it for our restaurant. First you need to make a starter which is to get the natural yeast activated into the flour.By that I mean it finds the wild yeast from the air in our environment and although it’s just flour and water mixed together (nothing else at all) in 8/10 days it will be bubbling (fermenting) naturally and smelling a little sour like vinegar. Then you take a spoon full of it and add it to equal quantities of flour and water, prove it and then bake it.

The result is amazing, the flavour is fantastic and once you have made the starter (which takes patience) you never have to make it again as long as you always save some it will go on forever and if you don’t want to make bread daily simply put the starter in your fridge.

The fridge will slow down the bacteria and hold it until you need it again. Simply take it out of the fridge a couple of days before you need it to make sure that it’s active again. You will need to feed your starter with equal quantities of flour and water every day for at least 7 days, (like feeding a pet) but its worth it! I made my first batch using an original recipe below which is several hundred years old and we now serve it in the restaurant in the evening with creamy butter from Asturiana.

It is perfect, so damn perfect and so delicious that you will never want to buy bread again (unless you have to). For the restaurant it’s difficult because I have to have it every day and therefore I developed some quicker natural recipes like my soda bread. No equipment for these breads are needed, no expense, just beautiful bread ready to bake when you want it.

Nowadays we have a lot of gluten free clients. Gluten free bread has been created for people affected by gluten related disorders. Gluten-free bread is made with ground flours from a variety of materials such as almonds, rice, corn, or pulses such as beans, but since these flours lack gluten they don’t hold their shape as they rise.  Additives such as xanthan gum, guar gum, hydroxypropyl methylcellulose, corn starch, or eggs are usually used to compensate for the lack of gluten and they usually contain more sugar to compensate for the lack of flavour so don’t think for one minute that these breads are healthier, because they are not!

Take a little time out to follow this historic sourdough recipe which will be the best bread you have ever eaten!

320g of our sourdough starter

Bring it together as adough and put on the table. Stretch and work the dough by kneading it firmly. Be careful not to add too much extra flour as the more flour you add the heavier and tighter the bread will be. Roll into a neat round ball and prove for about 3 hours it should double in size. Now knock the dough back and make it into a ball again.

Cut the dough in half and prove again for three hours. If you have a proving basket it will prove better as it proves upwards rather than sideways. If not you can get the same effect by proving it in a tea towel in a Pyrex bowl to avoid the dough spreading sideways as it proves.

After three hours turn the dough out and slash the top of the proved dough with a sharp knife and bake at a high temperature 230c/250c at the top of the oven with a tray of boiling water in the bottom of the oven to create some steam which will help the bread rise. Bake for 30 -35 mins.

The flip side of my fantastic sourdough bread is a simple yeast free soda bread which is quick and so easy and can be made from scratch cooked and served in under an hour.

It’s a better loaf when you use buttermilk but we can’t get buttermilk easily in Spain and so I have developed this recipe. If using buttermilk you can replace the milk for buttermilk and reduce to about 400ml. To make this easy tasty bread simply mix all the dry ingredients together in a large bowl and pour the milk into a well in the centre of the dried ingredients then gradually bring it all together with your hands to form a dough. Roll into a ball (do not over knead) and then out onto a tray lined with baking parchment. Slash the top of your loaf deeply with a sharp knife which helps cook it quicker but also adds aesthetics to the loaf. Leave to rest in the ambient kitchen for 10 mins and then bake at 200c at the top of your oven for 30 mins.  Remove and rest on a cooling rack for a few minutes then slice warm ( or toast it) and serve with good quality butter!

You can email Steven any queries or questions on

(Behind the Town Hall in central La Cala)

For bookings and Information visit ….www.thelittlegeranium.com