It’s time to dress up again! 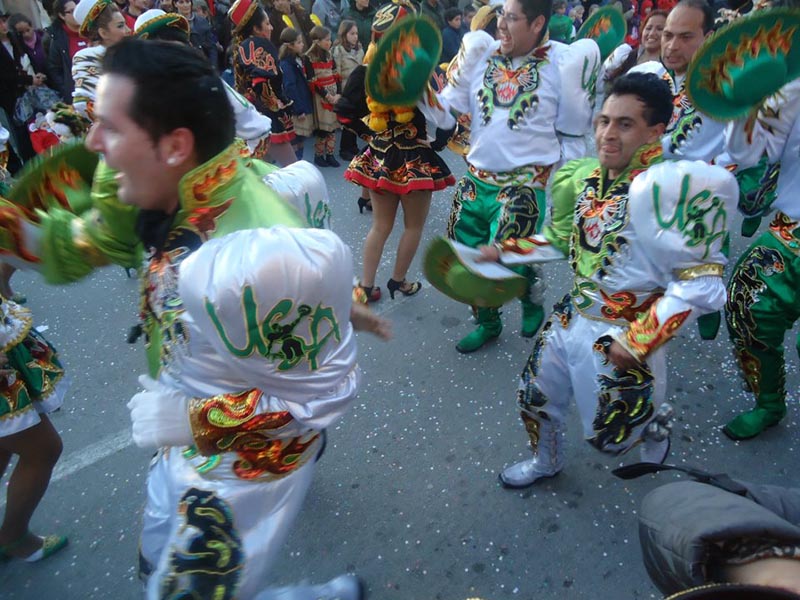 WHAT could be more fun than walking through Calvia village dressed in a pink pig’s costume?

Even though it was roughly a decade ago, I fondly recall my brief experience as ‘Peppa Pig’s’ body-double as I took part in the local annual carnival parade. I became so attached to the baby pink onesie that I wore it to a karaoke that evening. Obviously no one turned a hair in the Prince William in Magaluf – they have seen a lot worse!

It was my one and (so far) only participation in a carnival parade and even though I was a last minute replacement for a drop-out suffering from food poisoning, I thoroughly enjoyed being part of the procession. There is something very bonding about joining a group of strangers who are all wearing the same porcine ears and snout.

Most towns and villages across the island hold a carnival parade the weekend before Lent starts and I am always impressed by the amount of work and effort that goes on behind the scenes to create the costumes, floats and fun. The imagination and ingenuity always astounds me along with the willingness to throw dignity to the wind and make a public spectacle of oneself. There is nothing more enjoyable than dressing up as a monk, bumblebee, punk rocker or a windmill and dancing through the streets to the sounds of the B52’s ‘Love Shack’.

One year the Sa Rua carnival in Palma served up the entire cast of ‘Star Wars’ and the ‘Flintstones’ in the same parade. Now where else can you get that kind of variety?

Local councils put up a money prize for the winner in various categories but I suspect that comes secondary to the pride of trouncing one’s neighbours and having such a good time with family and friends.

Carnival represents the last chance to let lots of hair down and have fun before the fasting and abstinence of Lent begins in the run up to Easter. So take my advice, find the silliest costume you can find, get a good spec to watch the show and enjoy the most fun you can have in public with your clothes on!

For more information on this year’s carnival including the route that the Palma procession takes, listen to my radio show on Mallorca Sunshine Radio.

A-Z of Mallorca reaches the letter ‘H’ this week for HIERBAS – an alcoholic liquor made from herbs popular here in the Balearic Islands. Dating back to the Middle Ages it was first distilled by monks for medicinal uses. Its colour ranges from amber to dark green and is made by extracting the aromas of various plants such as fennel, thyme, rosemary, lavender, chamomile, juniper, mint and even grass. The peel of lemon and orange can be added, and the distinctive aniseed flavour comes from green or star anise. There are three different types of Hierbas: dry (seco), sweet, (dulce) or mixed (mixta) and the alcoholic strength ranges from 24 to 38%. There are eight registered producers of the drink on the Balearics, the largest being Tunel. Hierbas is often served as an after-dinner ‘chupito’ (shot) or over ice and it is estimated that 1.2 million litres are drunk annually.