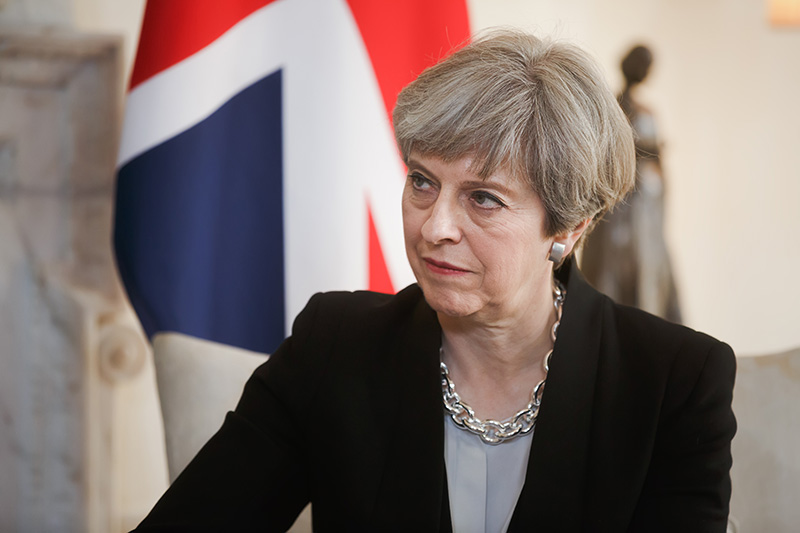 BREXIT: Mrs May says this could mean a delay of three months before the UK quits. Photo: Shutterstock

THE 1960s children’s TV show “Stingray” (remember that?) always began with the promise: “Anything could happen in the next half-hour!” What was true of science fiction over 50 years ago appears to apply to modern British politics today.

A deal is done, but it isn’t. This Groundhog Day “deal” pattern is now well established: a deal must be done this week, or possibly next week, or maybe the one after.

In fact, Theresa May’s entire negotiating strategy seems to boil down to this: the UK is standing on a window ledge, threatening to jump. And if the EU27 don’t give her everything she desperately hopes will satisfy Boris and Jacob (Rees-Mogg), then the UK will jump. The threat is that the UK’s severely-injured body will damage the EU27’s immaculately tarmacked car park, below. And a lot of, err, mess for the EU27 to clear up. UK politics has become so irrational, hasn’t it? “Brexit means Brexit”;“They need us more than we need them”;“Easiest trade deal in history”. It’s as though everyone’s got political dementia.

Meanwhile, Mrs May’s constantly back and forth petitioning the heads of the EU27 for Irish backstop concessions to avoid a hard border. What next, a petition to the Pope to be made St Theresa? Whichever party anyone supports or whether they voted Leave or Remain, is there anyone happy with this poker game the Government’s seemingly bent on playing?

Not that Corbyn could do much better than what Mrs May (hamstrung by Rees-Moggs’s group and the Neolithic DUP) has accomplished (or not). Since her government assumed power, our currency’s devalued, car manufacturing’s on the skids, the property market’s faltering, research establishments leaving Britain, some companies part-vacating the UK to establish subsidiaries and personnel in Europe and numerous restaurants closing down because nobody can afford the bills. (But whether or not Mrs May’s much vaunted “deal” does succeed, maybe best to stockpile Marmite and a few other essentials just in case!)

P.S. Wonder if the Irish PM is in touch with Trump on how to build a border wall?