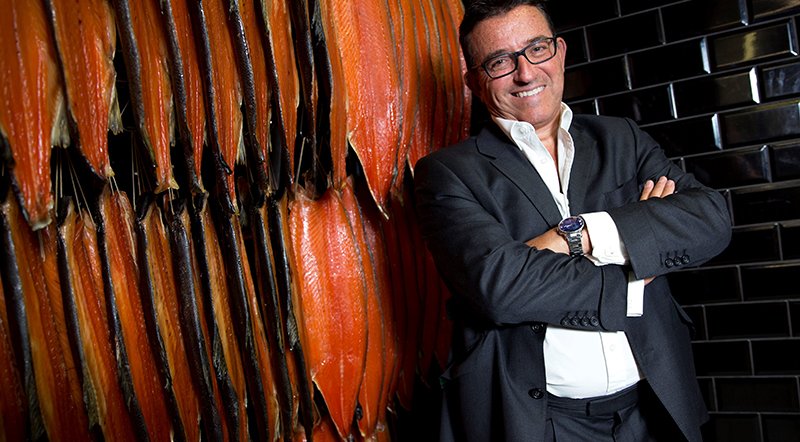 LANCE FORMAN: He is a business owner who has been fighting tooth and nail for himself and his family business all his working life.

Lance Forman is a business owner who has been fighting tooth and nail for himself and his family business all his working life. He fought off the powers that be in the London Olympic bid committee following compulsory purchase order. The newly renovated factory of H. Forman & Son was located on land that was proposed to become the Olympic Stadium. Forman was given two years to relocate his business but prior to a court hearing, Forman managed to strike a deal with the London Development Industry.

Forman is a former special advisor to the Secretary of State for Trade and Industry and knows a thing or two about fighting to get what he wants and how to fight against the big dogs of the corporate world and the establishment. When he was told that he and other businesses in the area would have to relocate, Forman founded Marshgate Lane Business Group – the group worked tirelessly to ensure that 284 businesses facing relocation were treated fairly.

Forman is a keen Brexiteer and argues that when it comes to staying in the EU or leaving, the majority of small to medium sized business in the UK would fare better outside of the bureaucratic land of the European Union.

“Half of all employees in the UK are employed by small businesses and the vast majority of them either don’t export at all and very few have dealings with the EU,” states Forman.

“But because of the single market, businesses have had to apply every single rule and regulation that applies to the whole of Europe when they have no interest in doing it. They don’t trade with the EU so why should they be forced to adopt these laws? Obviously if you trade in the EU, to Italy for example, then you should have to do it – it’s not a problem when exporting to other countries but every business in the UK, whether they trade with the EU or not, have to abide by this rule and so it becomes much more burdensome to business.

“All of these pointless restrictions that they throw at us – all these regulations are always one size fits all so a regulation that applies to a multinational employing 5000 people shouldn’t then apply to a business which operates five staff – the one size fits all rule kills small business.

The EU cartel and regulations

Yanis Varoufakis, the former Greek finance minister who has written several highly acclaimed books criticising the EU, argues that the EU was invented to “serve a cartel of large businesses seeking common rules and industry standards in perfect freedom from any parliament with real power over its actions.”

Varoufakis is highly critical of the “megabureaucracy” of the current EU and is sure-fire in his feelings that the EU serves the interests of the elites rather than the wider public.

“The single market, the jobs advising the advisers’ advisers – these too were created with the elites in mind,” states Varoufakis.

“What is wrong is the system of institutions that currently regulate and manage Europe’s single market and single currency; they cannot exist without a functional democracy to stabilize the powers that be.”

Speaking of regulation, Forman believes that the biggest gain to be had for businesses after Brexit will be potentially for Britain to deregulate a lot of the bureaucracy.

“We seem to have adopted quite a lot of the bureaucratic techniques that the EU have. Brexit means that we will be in a position to relax these bureaucratic laws, a position we cannot be in whilst we are still in the EU. Over the coming 5 – 20 years we can start a major programme of deregulation that will help small business. If you can make the lives of businesses easier without having to spend any money, then that is brilliant for the government.”

When it comes to regulation and deregulation, the UK is still able to implement its own laws within certain industry segments without EU interference. The gambling industry, for example, was deregulated by Tony Blair’s New Labour government and has since helped to make hundreds of millions, if not billions of pounds for both the government treasury and gambling businesses. The expansion of the gambling industry meant that tens of thousands of jobs have been created within the industry for UK workers and this number continues to expand.

“Since the deregulation of the gambling industry in the UK, business, government, and UK workers have certainly benefited,” states Sebastian Lindt from online casino brand PlayFrank.

“Gambling companies still have to abide by the regulations of the UK Gambling Commission of course, but it is important to understand that the UK government was intelligent enough to create its own laws surrounding gambling in the UK and they have benefited from this as has everyone else involved.”

The Myths of Brexit

There are many stories that may and may not happen after Brexit is implemented. However, from a purely business perspective, Forman does not believe there will be any immediate changes following Brexit.

“I don’t think there will be any immediate change at all after Brexit. My company exports both to America and the EU as well as China and other places. When we export to Italy, for example, there’s no duty tax charged on the consumer whereas when we export to the USA there’s up to 5% duty on the product. You’d think we’d sell more salmon in Europe but actually, we sell more in the US because business is not always about price, it is about quality and service too.

“There’s much more interest in our product in the US than there is in Europe despite the fact they have to pay duty on the product. I never once met a businessman who thought ‘right, where in the world can I find a country with free trade deals’ – businesses don’t do that.”

The phrase ‘trade deals’ has been one of the phrases of the year thanks to Donald Trump who is keen to brag about his own. But Forman does not believe that favourable trade deals are the be-all-end-all of business.

“Trade deals are not the things that make business happen, they are just the icing on the cake to smooth the way. Britain exports more to America than to any other country in Europe and we don’t have a trade deal with America – we don’t need a trade deal to trade. Businesses find a customer in a growing market or wherever they think there might be an appetite for their product and if your country happens to have a trade deal with that country then great, that’s one less piece of paper that needs filling in and if it doesn’t, it’s not the end of the world because you are still doing business in a country with an appetite for your product. For us, there will not be an immediate change.”

Although Forman does admit that there will be tariffs for some businesses that operate within the EU.

“Obviously for some countries, there will be massive tariffs, but if you consider the GBP and the Euro exchange rate since the Euro was introduced, it has been as low as Euro 1.05 per £ Sterling and as high as Euro 1.80 – that’s a 75% fluctuation in exchange rates. There are no tariffs that will be as high as 75%. Businesses deal with things, we didn’t fall off a cliff at Euros 1.05 to the pound and we weren’t booming at euros 1.75.”

The political class in the UK are constantly labelled as out of touch with real people and the EU referendum and subsequent failure to implement what was voted for has furthered this belief.

“One of the best things about Brexit is watching how incompetent the politicians and bureaucrats have been – do we really want more of these people or less of these people in our lives,” says Forman.

“We have a political class that does not understand how business works at all, the lack of understanding is just absolutely immense. That’s why you have a parliament that doesn’t understand what the people voted for or why they voted for it. Working people are much closer to business and they work in business and they are much closer to the frustrations and the day-to-day challenges that businesses face. Politicians are not close, they are sat in Westminster making rules – they are not on the coalface.”

Despite everything, Forman does still believe that the will of the people will be done, and Brexit will be implemented. I asked Forman straight up whether Brexit will happen, and he stated in no uncertain terms: “Oh yes, absolutely. I have no doubt about that.”