Your kid just said what? 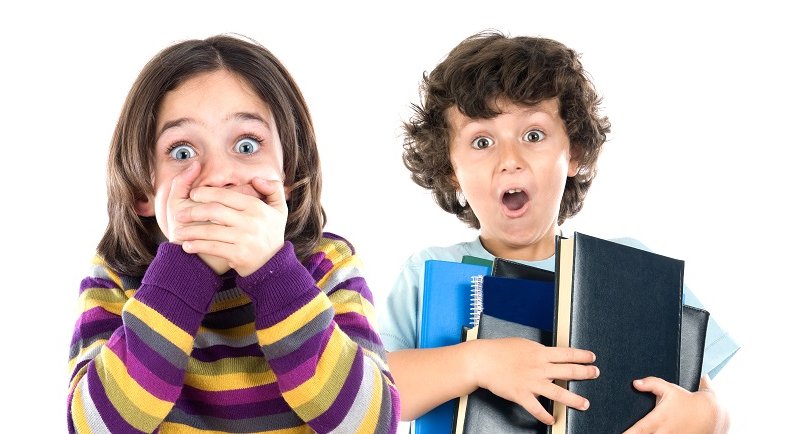 ON a visit to a zoo, my cousin Russell, aged five, stared long and hard at a baboon. Then, in a very loud voice, he said ‘look Barry, that monkey’s got a ding-dong just like daddy’s!’

His dad – my uncle Gerald – turned as red as a cherry (or the baboon’s ‘ding-dong’, take your pick), and the crowd surrounding the cage collapsed laughing. Gerald was livid, and the trip to the zoo, much to Russell’s fury, was abruptly cut short.

I recalled that excruciating episode when I recently tuned in to London’s LBC Radio, and to my surprise, discovered that the subject wasn’t about the EU. For months, presenters have been leading phone-ins, 24/7, about the unholy mess called Brexit, and it came as a huge relief when one of the hosts found something else to discuss: the things kids say and do to humiliate or annoy their parents.

One caller was a a fella who operated a taxi service from his home. He gave his young son strict instructions not to answer any calls while he was in the loo. But he heard the phone ring, and kid answer it.

When asked who had called, the boy flatly denied ever being on the phone. An hour later it rang again. At the other end of the line was an angry punter, demanding to know why the taxi he’d booked hadn’t turned up. Then the truth came out. The boy had accepted a booking to Birmingham for £40, when the fare in fact would have been in the region of £150. In the end, his dad, to keep the peace, agreed to accept £80.

Another dad told of picking his son up from school, a task normally undertaken by the boy’s mum. But when he arrived, the kid flatly refused to accompany him home. Asked by a teacher what the problem was, the child yelled ‘that’s not my daddy!’ The matter was only sorted out when the mother confirmed on the phone to the teacher that the man was indeed the kid’s father.

And a woman caller told of how her daughter had embarrassed her at a cremation service by asking very loudly ‘mummy, what are they cooking?’

Kids, of course, are not the only ones who can cause embarrassment. In a bar in Benidorm, my friend Paul from Manchester, on holiday with his 92-year-old mum, Kath, got into a discussion about wristwatches, and which ones we thought were most attractive. Kath said at the top of her voice ‘well, the only ones I REALLY hate are those with black faces.’ Whereupon a West Indian, sitting behind her, whipped round to glare ferociously at us. To give him his due, he laughed heartily when we explained the context of Kath’s remark.

On another occasion I was at a wedding when I heard a drunken guest turn to the geezer beside him and loudly whisper ‘who’s the woman sitting opposite me? She’s the ugliest creature I’ve ever clapped eyes on. She looks like she killed a baboon and stole its face.’ The man angrily snapped ‘that, mate, is my sister.’

There was a lengthy silence before the boozed-up guest replied ‘I’m so, SO sorry. I should have noticed the resemblance.’