Podemos no longer can 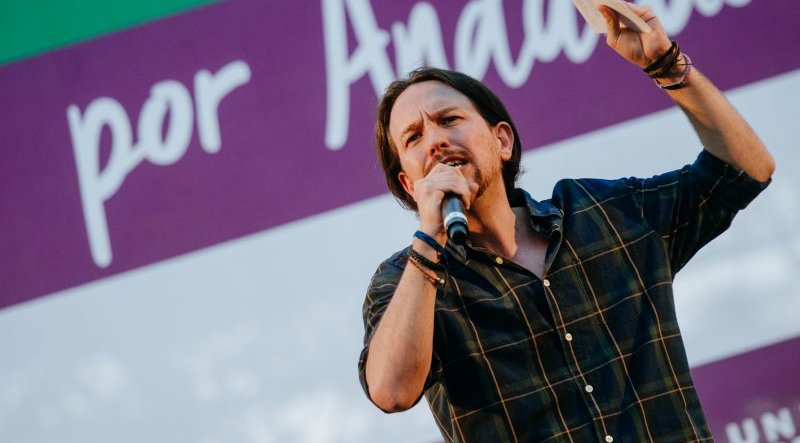 PABLO IGLESIAS has a great deal to answer for. The Podemos supremo scuppered Pedro Sanchez and Albert Rivera’s PSOE-Ciudanos alliance that tried to form a government in 2016.
He voted against them, lining up with Mariano Rajoy and the Partido Popular because he wanted another election, assuming that Podemos could succeed in overtaking the PSOE in the longed-for but elusive sorpasso. Iglesias got the election but not the sorpasso. The rot really set in after the 2016 party conference when Iglesias managed to head off a challenge from one of the party originals, the now sidelined and alienated Iñigo Errejon who didn’t manage to pull off the Madrid Community presidency for Manuela Carmena’s Ahora Madrid.
If Podemos had obtained better results in the regional and local elections Iglesias would be in a strong position when bartering a price for Podemos’s national parliament seats that Pedro Sanchez needs to become president. Having disappeared from many local and regional governments and becoming barely noticeable in others he has little to bargain with, but still believes he is entitled to a place in a future Pedro Sanchez Cabinet.
Political observers and commentators haven’t been able to avoid observing and commenting that while Spain’s Right is preparing to make pacts, the Left is falling apart. And unless Iglesias is careful it could all end in tears and another election from which Podemos is unlikely to recover. Delilah needed WHILE on the subject of Pablo Iglesias, he really should do something about his hair.
Any woman knows that long is not necessarily beautiful and although his ponytail now reaches the middle of his back, it is not appealing and those split ends are appalling. A trim and conditioner are called for and while he’s still in Samson mode Iglesias could try toning down his demands and expectations. A little humility and self-awareness wouldn’t come amiss. Otherwise it could be time to call in Delilah. Silence is golden THE Catalans are allegedly perplexed by Pedro Sanchez’s comparative silence regarding Cataluña.
Roughly half of the region’s population appears to support independence, but the other half does not and heaven alone knows how to solve a situation where the only rational solution is the R-word, which may not be spoken anywhere outside Cataluña. After saying ‘No te preocupes,’ to remanded ERC leader Oriol Junqueras when they met in the Madrid parliament as the latter picked up his MP’s credentials, Sanchez was accused of promising to get him out of jail free and hold a referendum.
In fact Junqueras had said that possibly he had compromised him with the greeting – which doubtless he had – so good-mannered Sanchez said, ‘Don’t worry.’ Who can blame Sanchez for remaining silent about Cataluña? Whatever he says is going to upset somebody and probably everybody.