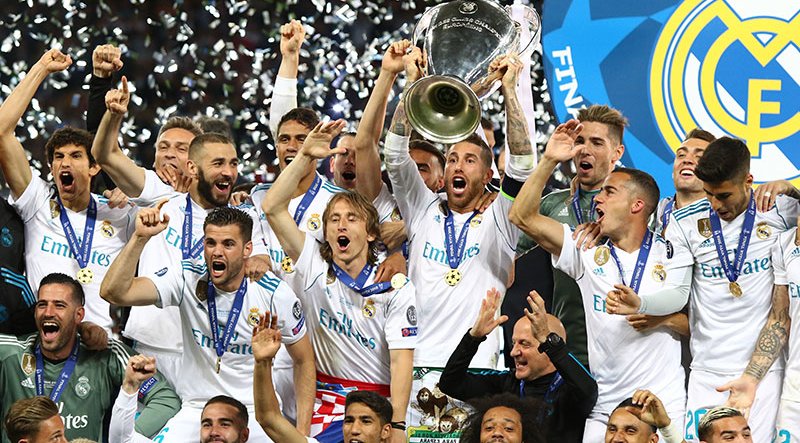 Real Madrid are among the favourites to regain the Champions League crown in 2019/20 after agreeing a €96 million deal to sign Chelsea forward Eden Hazard.

The fee could rise to €146 million if certain clauses are met, and the onus will be on the Belgian superstar to lead Los Blancos back to the summit of Europe. His arrival represents a major coup for Real Madrid as they bid to rebuild after a dismal campaign.

They have already spent €115 million on Eintrach Frankfurt striker Luka Jovic and Porto defender Éder Militão, and more arrivals are likely in the coming weeks.

Manager Zinedine Zidane walked away from the club last summer after guiding them to an unprecedented third consecutive Champions League triumph.

Star man Cristiano Ronaldo left for Juventus in a huge deal and the club decided against replacing him. This strategy proved disastrous, as Real Madrid endured an extremely poor season. New manager Julen Lopetegui was promptly fired after a sluggish start to life at the Bernebeu and his successor, Santiago Solari, did not fare much better.

He too was axed after Real crashed out of the Champions League at the hands of Ajax and lost twice at home to Barcelona in the space of a week.

Zidane was parachuted back in to save the club and he is now embarking upon a massive rebuilding job. He is tasked with clearing out an ageing squad and bringing in fresh, dynamic new players, and Hazard certainly fits the bill. The 28-year-old attacker has all the attributes to be a massive success at Real and a new Galacticos era could well be underway.

Pep Guardiola’s Man City are the favourites to win next season’s Champions League, followed by Barcelona and then Liverpool, who beat Tottenham in an all-English final in Madrid on June 1.

Then Real Madrid are fourth in the betting, priced anywhere between 7/1 and 9/1. That could be an extremely popular bet, as Zidane has a phenomenal record in this competition and Real should be blessed with a terrifying blend of youth and experience next season.

Anyone interested in betting on Real Madrid to win the Champions League should check out www.thebookiesoffers.co.uk, which rounds up all the best offers that online bookmakers are currently promoting. You will only find safe, reputable operators like Bet365 and Paddy Power, firms that have a long record of fair payouts and the financial liquidity to cover your winnings.

The world of online sports betting is growing extremely competitive and these bookmakers need to offer generous sign-up deals in order to win new customers.

They also offer on-going promotions and odds boosts to keep customers loyal, while you can even find no deposit offers, which allow you to place a risk-free bet without depositing any of your own cash.

It can be a pain to search through all the different website out there in an effort to find the ones that best suit you, so it is good to take advantage of a site like www.thebookiesoffers.co.uk, which does all the hard work for you.

You will find enhanced odds on La Liga, Premier League, Champions League games and more, plus offers of the day and information on the top betting sites to use. Then it is up to you to decide whether Real Madrid can return to winning ways this season or if Barcelona will remain the dominant force in Spain.

Perhaps you might even think that Atletico can disrupt the duopoly. It is shaping up to be an exciting season and betting on it will enhance the excitement you experience when watching it, so just make sure to grab the best offers out there.