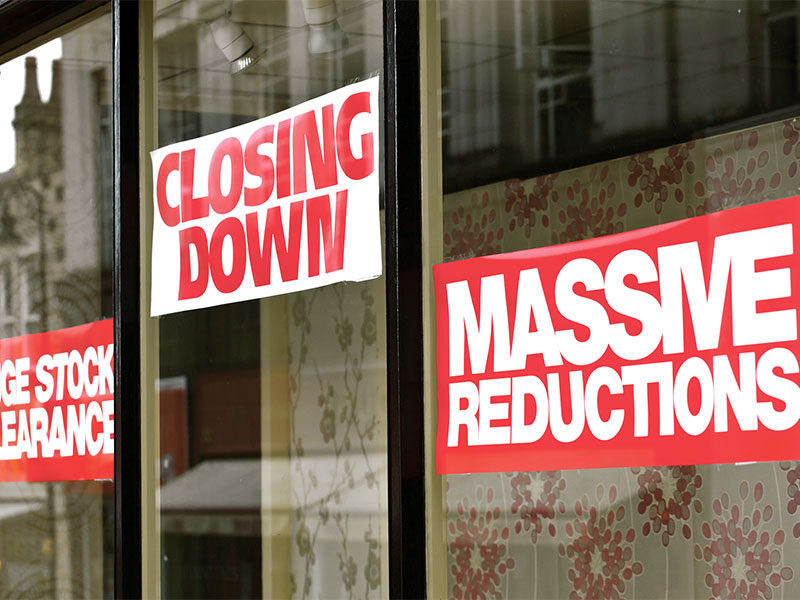 LOW POINT: May was the worst month in 24 years.

First off, news that struggling British high streets experienced their worst month in 24 years in May as sales fell at the highest rate on record potentially leading to further closures. Followed by reports that more than 200 Boots stores across the UK could be closed by their American owners in a bid to cut costs, Boots join the list of a string of well-known names suffering in the tough high street environment.

Last year, Poundworld, Toys R Us and Maplin all went bust and disappeared altogether. Other household names – Homebase, Mothercare, Carpetright and New Look – were forced into restructuring deals with their landlords, closing hundreds of stores.

Changing consumer behaviour as shoppers spend more on experiences and increasing concerns about the economic outlook post-Brexit are continuing to wreak havoc on the industry.

Yet if British high streets are being left empty, then Primark, which notched up 50 years in business in June, seems indestructible. Sales increased by 4 per cent in the six months to March, while established brands (such as Debenhams and LK Bennett) were going belly up and, under pressure from online shopping and popular fast-fashion brands, the fate of Sir Philip Green’s Topshop empire was left hanging by a thread (see what I did there?).

And it’s even more surprising that the UK’s biggest fashion retailer by volume (though not by value) has succeeded without moving into online shopping. Basically, Primark’s message is: if you want it, you have to get off your **** and go buy it. And clearly mega-crowds do. Its brand-new Birmingham mega-store is almost a tourist destination, day-trippers magnetised by its in-store blow-dry bar, beauty salon and Disney-themed cafe.

Primark proves that brands can’t just stay still. Companies have to keep reinventing themselves with fresh products – trading on past glories no longer cuts it.

Nonetheless, it’s sad that with fewer Boots around soon there’ll be nothing much left on the high street bar betting shops and Oxfam…