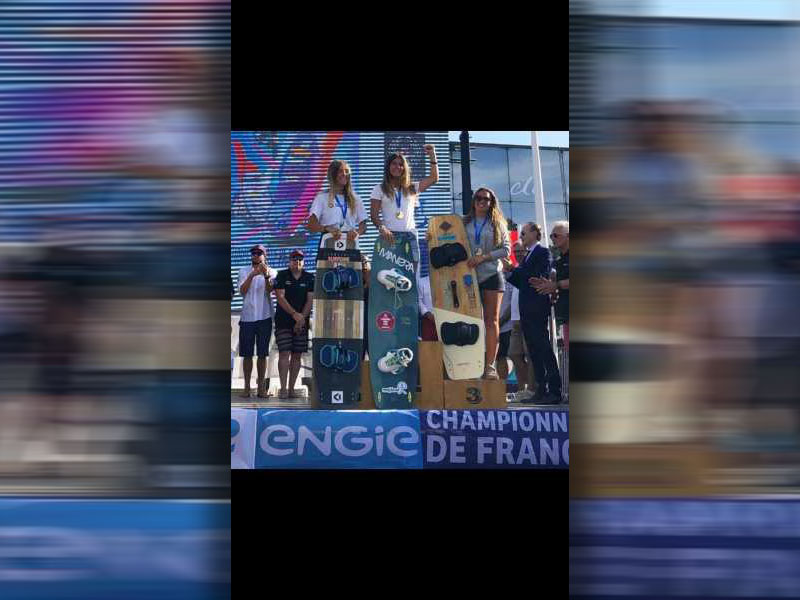 SUCCESS: Osaïa’s dedication, perseverance and passion for her sport have won her a slew of gold medals around the world. CREDIT: Ayuntamiento de Mojacar

MOJACAR teenager Osaïa Reding has won the French junior kitesurf championship.
Osaïa’s victory in Leucate in the 15 to 20-year old freestyle category followed a year of triumphs for the young sportswoman, including a world championship.
Once again Osaïa, was the youngest contestant, but her age was clearly no handicap as she ended a significant 10 points ahead of the runner-up in what were very challenging sea conditions.
The sports press have already dubbed Osaïa the “kitesurf princess”, and judging by her achievements so far she is set to reign in the sport for quite some time.
Her serious approach to training, her perseverance and her passion for the sport have won her a slew of gold and silver medals from around the world.
In between competitions, Osaïa keeps up her training schedule in Mojacar Playa, where her father, himself a Spanish kitesurf championship runner-up, is her coach. He also teaches other athletes and followers of the high energy sport.
When conditions in Mojacar are not ideal, Osaïa looks for the right wind conditions and waves at other beaches. She has a trip to Mozambique planned for this season, followed by training in France in March with national team coach Nicolas Delmas before heading off to Dahkla, in Morocco.
There are no limits to Osaïa’s ambitions. She has already taken part in promotions for the 2024 Paris Olympics, together with the greats of the sports world. This is the only title she is missing, and even though the Olympics are focused on the race category rather that her freestyle speciality, she is determined to put in the practice in the run-up to the event.
Mojacar Council, one of Osaïa’s sponsors, is always keen to spotlight this young athlete’s outstanding progress and professionalism, and it is a proud moment for the whole town when she climbs kitesurf podiums around the world with her board bearing the Mojácar coat of arms.