Wild West back in town 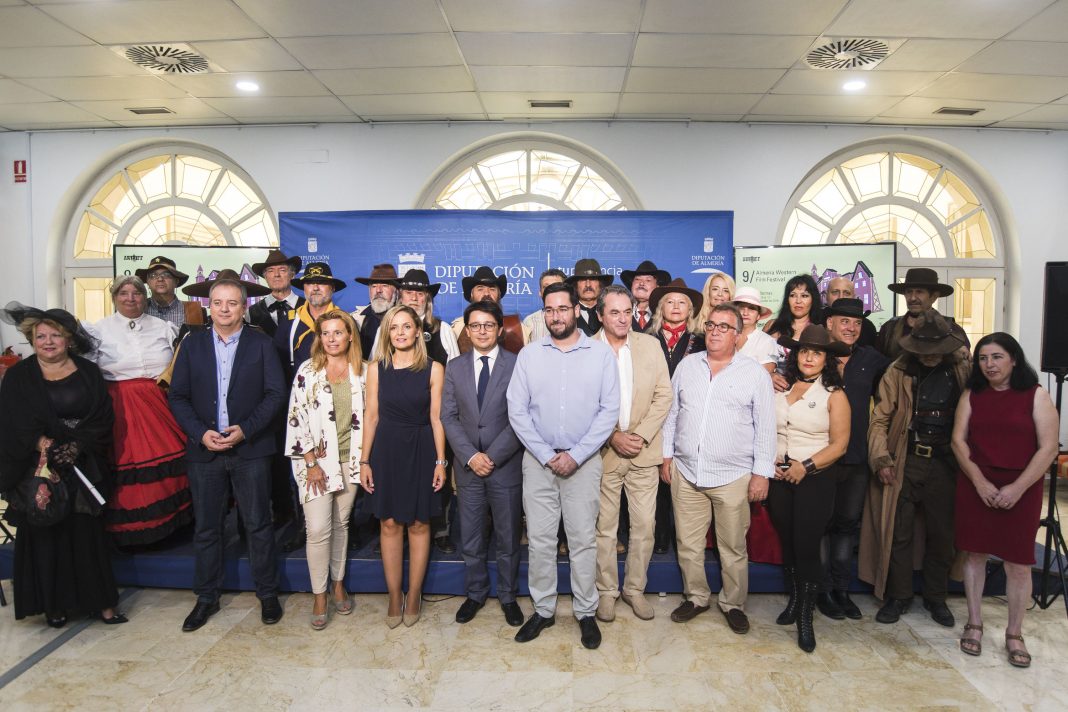 THE Wild West is back in Tabernas, Almeria.
The Almeria Western Film Festival (AWFF) rolls into town this week promising a real treat for lovers of the genre.
This, the ninth edition of the festival, features screenings of eight films; it will be the European premiers for five of the movies. There will also be 13 short films from countries as varied as Brazil, Mexico, Canada, France, Colombia, the US and the UK, as well as Spain.
There will be a fistful of prizes. The Desierto de Tabernas award goes this year to Fresno Films, the Malaga-based producer which used Almeria to shoot scenes for Game of Thrones, Exodus and Terminator 6.
British scriptwriter and actor Alex Cox will pick up the Tabernas en Cine recognition.
Speaking at the festival presentation, Tabernas Mayor Jose Diaz explained Cox is a huge fan of Westerns and of the municipality, and even had a home there for a number of years.

Diputacion de Almeria Culture and Cinema deputy Manuel Guzman said the event had four main objectives: “to highlight the importance of the cinematographic legacy of the province and of Tabernas, to make the evolution of the genre known, to create a leisure and intercultural event and to promote – and how could it be otherwise – the province as a film location.”
Guzman also spoke about the provincial administration’s backing for the audiovisual sector, maintaining “Almeria is a land of cinema and the support for this industry is plain in the Diputacion’s roadmap and the assistance give for shoots in the province, the creation of audiovisual works and in the support for festivals such as this.”
Junta de Andalucia delegate in Almeria Maribel Sanchez said the Andalucia government also gave the AWFF its full support, which she said “strengthens the role of Almeria as a setting for different shoots and also as a cinematographic tourist destination.”
Parallel to the film screenings the festival features a series of other activities, including book presentations and a debate chaired by journalist Javier Tolentino which will be broadcast nationally on his ‘El septimo vicio’ show about cinema.
There will be a festival inaugural procession, photography exhibitions, a Western tapas route and a Western shop window competition.
Live performances during the festival will include London singer Sarah Vista, another big fan of the province, who describes herself on Facebook as an “outlaw songstress” for “lovers of Spaghetti Westerns, movie soundtracks and dark, dangerous County and Western.”