What A Come Back! The Dragons Roar One Step Closer To The Trophy 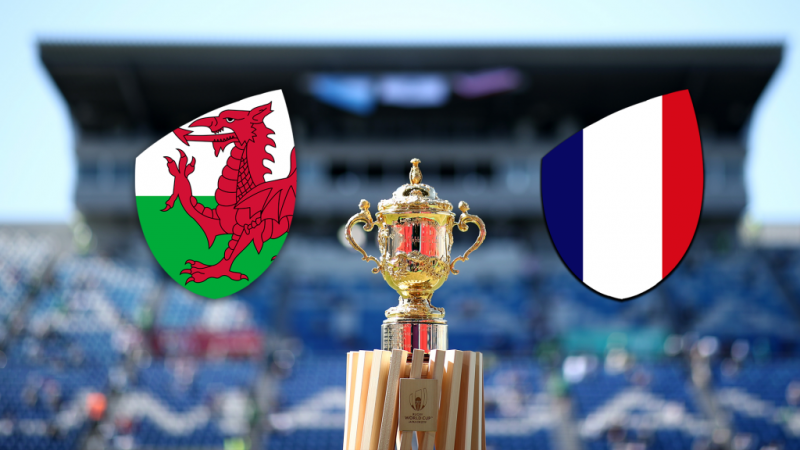 The time for talking was over 80 minutes for Wales to stay in Japan or head home.

Not the start Wales would have wanted. France crossed the try line first in just 5 minutes and it was through Sebastien Vahaamahina. Ntamack misses the conversion 0-5

Just 2 minutes later Wales were rocking here France went from coast to coast from the kick-off. Navidi missed a tackle in midfield and Ntamack and Dupont combined to put Alldritt over. Conversion was scored making it 0-12.

Just a minute later Wales got back in the game, Aaron Wainwright, the 22-year-old picked up a loose ball and galloped away from the French chase to score.

Wales were starting to build pressure. Good carries from Jake Ball and Parkes got them moving forward and a penalty came following a high tackle on Ball by try-scorer Vahaamahina. Biggar opted for the sticks. He nailed it. It was a calm recovery from Wales to get back to within two points after a horror start. 10-12

29 minutes saw Moriarty in trouble. He got across to tackle Fickou but he went high. It was yellow but it could have easily been a straight red

France were building pressure against a14-man Welsh defence. The pressure told almost immediately as Vakatawa crossed after an offload from Penaud and with the extra’s took the score to 10-19

Wales were under the cosh quite how France had not scored again – who knew?

After the restart, it was a scrappy first 48 minutes until the TMO concluded filthy play by the French. It was good work by ref Nic Berry to spot a French elbow on Wainwright and Vahaaamahina was the guilty party. The replays looked nasty, it was red all day long horrible piece of filthy play. France deservedly went down to 14 men for the last 30 minutes.

Wales started playing with urgency and that was testing French discipline when Wales won a penalty, Biggar went for the posts and scored bringing the game back to 13-19.

They may have been down to 14 but France started hammering at the Welsh defence in defiance but is saw good Welsh defending but they were struggling to get out their own half at the clock was kicking down.

France looked to have shut up shop and Wales had just 12 minutes to pull something out the locker but the game was being stifled by the burly 14 Frenchman.

Complete drama in the 75th minute Moriarty went over but had he scored?

It looked like it after the French scrum was splintered, but did Tomos Williams knock-on?

2 minutes of TMO replays and the ref blew for the score! Biggar slammed the conversion and Wales took the lead 20-19  with just 5 minutes to play out.

Three minutes between Wales and a World Cup semi-final and Wales milked a scrum, 2 minutes and then one minute. They did in Wales were through in an astonishing comeback!