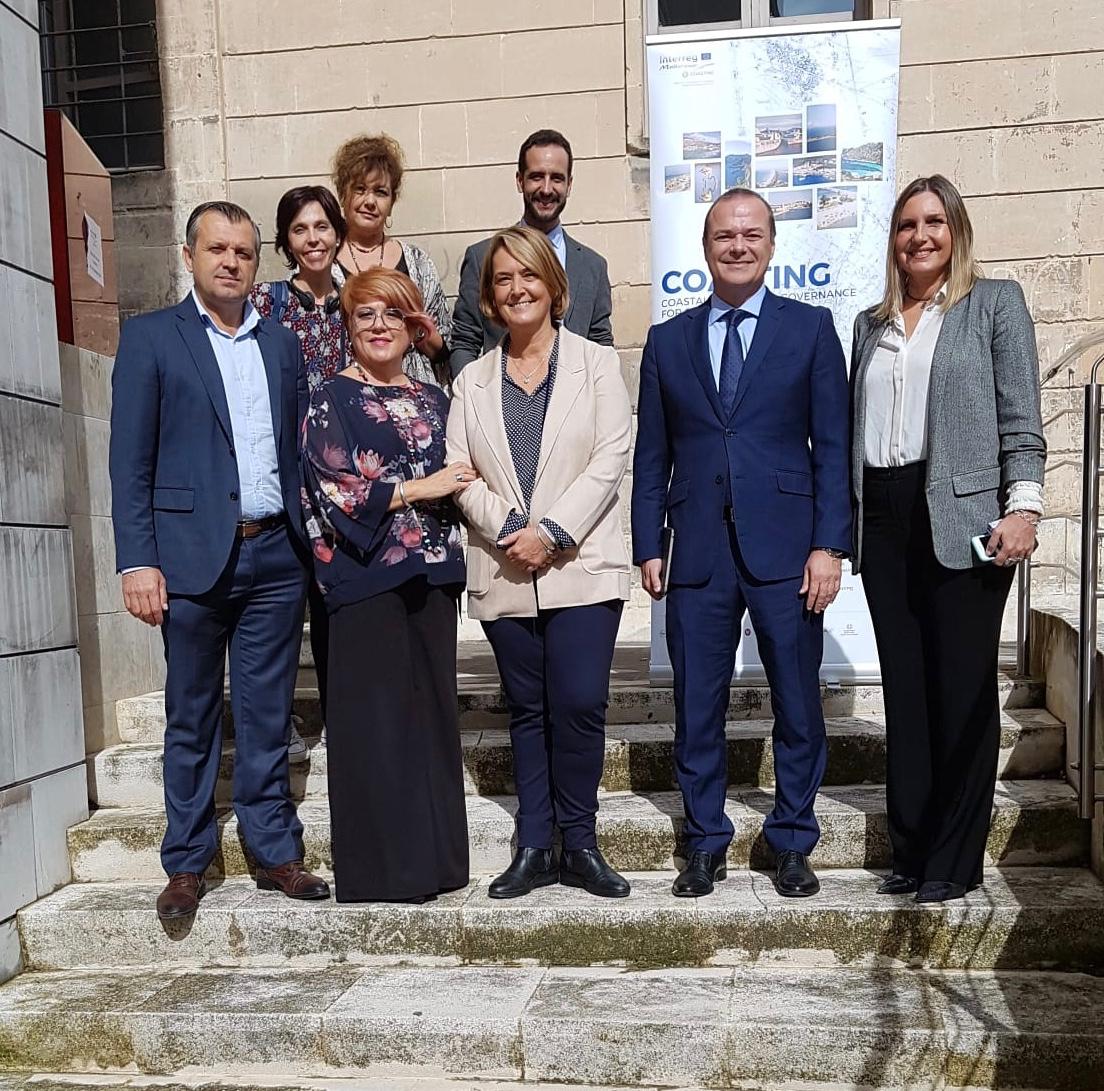 THE mayor of Motril, García Chamorro has travelled to Sicily to attend the European Conference on the final stage of the “European Coasting Project”

The conference was held this week in the Sicilian town of Ragusa to represent Motril as part of a European Tourism initiative to promote sustainable tourism throughout Europe.

Organised by the region of Sicily and hosted by the mayor of Ragusa, Giuseppe Cassi and the general secretary of the FAMP, Teresa Muela Tudela, the meeting served to allow participating partners in the Coasting Project to come together and finalise the final framework of the project before presenting their findings to their respective constituancies.

Motril will play an important part of Andalucía’s role in the initiative, as one of three municipalities covered under the Andalusian Federation of Municipalities and Provinces (FAMP) who will implement the results of the project.

García Chamorro explained that this European project offers “a tool to implement more sustainable tourism initiatives, make our city visible as a sustainable tourist destination and a governance project in collaboration with the entire Andalusian community.”

The mayoress added that “Motril has a lot to contribute, but at the same time has a lot to learn on the subject of sustainable tourism”

Chamorro added that Motril has an enviable position as it has the beautiful coastline on its door step as well as the rugged Sierra Nevada to the North.

Using neighbouring town of Conil, Chamorra has expressed her desire to push Motril towards a sustainable tourism future, using the regional economies of agriculture and fishing and bolstering that with the income generated from tourism.

“Motril also aspires to become a benchmark of quality tourism and sustainable tourism in the province of Granada, Spain and Europe and projects such as this should serve as a basis for us to place ourselves in the position we deserve for our natural environment, our culture, our cuisine and our climate,”

Chamorra will take the Strategy for Sustainable Tourism back to her town to present it to local and regional governments to enable the implementation of the strategies in time for 2020.