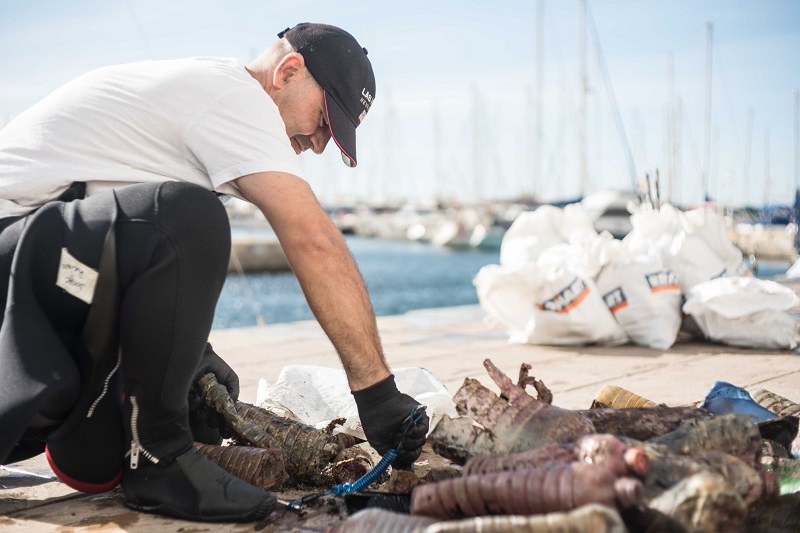 SCUBA divers recovered a staggering 416 kilos of rubbish from the seabed at Aguadulce port in just one morning.
Nearly 40 divers took part in what was the 13th edition of the seabed clean-up initiative organised by the Buceo Aquatours dive centre.
The worked in four groups accompanied by three dive instructors. The first group went down at 8.30am and came up at 9pm. The groups then did stints of around 45 minutes before a well-earned late lunch.
Back on land the divers set about sorting the trash, which Roquetas de Mar council said was in such a bad state it could not be recycled.
In all the divers picked off the sea bottom 720 plastic bottles, 120 bags, part of a fishing net, metres of fishing line, silicon bait, sections of fishing line, plastic reels, traps, a mobile phone, clothing and aluminium wrapping.
They covered an area of 15,000 metres and reported there was still a heck of a lot more rubbish down there.
“We believe that a lot of this rubbish is due to the large number of people who use this area for fishing, along with that which is carried by the wind and currents”, the dive school commented.
“We believe it would be a good idea to put up signs which indicate not to throw anything into the sea, containers or similar.”
The dive school also suggested that in order to evaluate how much trash and waste accumulates in a given area of the seabed it would be a good idea to mark out a specific zone and clean it up completely to see how it is looking a year later.