CANNABIS OIL MIRACLE FOR 19 YEAR OLD – WE INVESTIGATE DOES IT WORK? 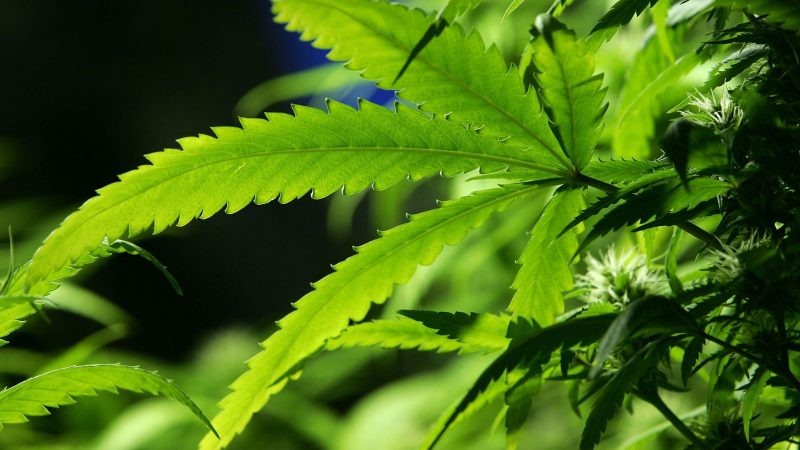 As we see today advert after advert mainly on social media – offering cannabis oil and claims of how it treats pain and symptoms and being stated as a prevention for disease here is the story of 19 year old Lucy Stafford.

Since paying privately for cannabis oil, which costs her £800 a month, Lucy’s pain has reduced so much that she has stopped taking all prescribed medicine and has gone on to start university.

Here in her own words, she tells how cannabis oil (CBD) has saved and transformed her life!

The connective tissues in my joints and my stomach and my bladder – and all of my internal organs – are much more hyper-mobile and flexible than they should be, making them not very good at functioning and extremely painful.

As part of my condition, I dislocate my joints very easily without trauma. So I can dislocate my shoulder by brushing my hair, or dislocate my hip by rolling over in bed – causing a huge amount of pain.

Since I was around 10 years old I’ve had a range of different surgeries, injections and treatments to try and manage the different aspects of my condition, because it affects so much of my body.

From the age of 13 I was prescribed opiates, and I basically took opiates every single day because my pain was so debilitating.

But the opiates caused horrendous side effects and made my body become dependent on them.

When I was first prescribed opiates I didn’t even know they were addictive or that your body developed this dependence on them.

But when I stopped taking them after many years I became very, very ill, and they did very little to manage the pain I was in initially while causing the horrendous side effects.

This lead to me dropping out of school when I was 15; I really struggled with my education.

I ended up being tube-fed for three years from the age of 16 because I was so unwell.

I was left with no hope for the future, getting any type of education or living a life.

I could barely get out and see my friends because I was in such unimaginable pain – even while taking all of these ridiculous painkillers that weren’t effective.

Last year, I dislocated my jaw. I dislocate my joints very regularly as part of my condition, but my jaw, for whatever reason, dislocated and went into spasm.

I had surgeries, all sorts of drugs and basically anything my doctors could do for me to try and get my jaw back into the correct position, but it was just stuck.

I cannot even explain what a low point I was at in my life. There was no way out.

Then my doctor tried to prescribe me a cannabis-based medicinal product. He didn’t know much about it as a medicine, but couldn’t increase my doses of fentanyl any more.

So he didn’t really have much of a choice. And so he tried it but it got denied funding immediately – as all NHS cannabis prescriptions generally do.

I was at such a point of desperation I medicated with illegal cannabis and it made such a massive difference to my quality of life.

I pretty much straight away realised that all the medication I had been taking for years and years had been doing basically nothing – and I came off all of them as soon as I could.

Once I came off those medications I felt like I had my brain back again.

I felt like I could think and didn’t feel absolutely exhausted and drained from all of these drugs I was having to take to manage the pain.

I had finally found something that was a muscle relaxant and a pain relief, and also helped my digestive system, bladder spasms and every aspect of my condition unlike anything else.

I came off all medications and had my feeding tube removed earlier this year.

It has literally been the most incredible, unbelievable and unexpected year of my life.

I take cannabis oils throughout the day as a baseline and then I take it in a vaporiser for acute pain relief. So when I dislocate something or in extreme pain, I will vaporise.

I can basically reduce my pain levels from around a 10 to a four in a matter of minutes. Before cannabis, the pain would send me to A&E where I would be given high doses of morphine to try and get the pain under control.

I would hate to see what my life would have looked like if I hadn’t found cannabis – it has changed and saved my life.

The law changed a year ago, so patients were told they would be able to have access if there was a clinical need for them to have a medical cannabis prescription.

A year on, the NHS claims there is not enough evidence to support cost-effective prescribing for chronic pain or any condition – so patients like me don’t know what to do.

Either we can go to private clinics and get prescriptions, which cost hundreds and hundreds of pounds a month, or try and manage it on the unregulated black market and become a criminal – and no patient should ever be in that position.

We scoured Facebook and tracked down Gary Adamson who was willing to speak to us.

Gary said ” I only sell top quality, full spectrum oil and at a very competitive price as I buy direct from the manufacturer, my delight is to see so many pain sufferer’s relieved of their ailments that cover right across the spectrum from gout to dreaded cancer.

All bottles are 10ml and contain over 100 different cannabinoids. I offer different levels of strengths from 3% right up to 30%  My oil is made by the best organic hemp and contains no pesticides, fertilizer or anything that shouldn’t be there. The solvent is hemp oil which is again organic and clean. There is a maximum of 0.2% THC in every bottle which makes it legal.

The CBD is extracted using either alcohol or CO2. It gives the oil different characteristics depending on the method.

Alcohol is a high temperature extraction in which some of the more ‘vulnarable’ cannabinoids (like CBDa) breaks down and just becomes CBD. It’s the best for pain like arthritis, sclerosis, physical pain in general and sleeplessness.
CO2 oil is better for the mind. It contains more CBDa which has effect on Stress, PTSD, OCD, Epilepsia”
Gary showed us a “wheel” (below) to get a better understanding of exactly how CBD oil can help as he claims. Gary went onto explain ” it’s all legal and above board but the biggest frustration is the likes of Google & Bing block us reaching out to people to assist them as advertising is banned on their platforms- they block something that is totally legal”
” I feel they are working with the pharmaceutical companies who I’m sure are concerned about their profits as this cheap natural pain relief  would really affect them”
” I have thousands of returning customers who swear by my oils – so it must work or they wouldn’t come back for more” he claimed.
Adamson went on to say “look at the Lucy story – incredible – that’s though just one example of hundreds in reality, I supply people ranging from arthritis right through sadly to cancer and whilst I don’t claim it cures it – the pain relief with a strong percentage oil certainly relieves the pain”
Finally Gary said ” I do though think the market needs regulating more as I see so much poor oil being offered”