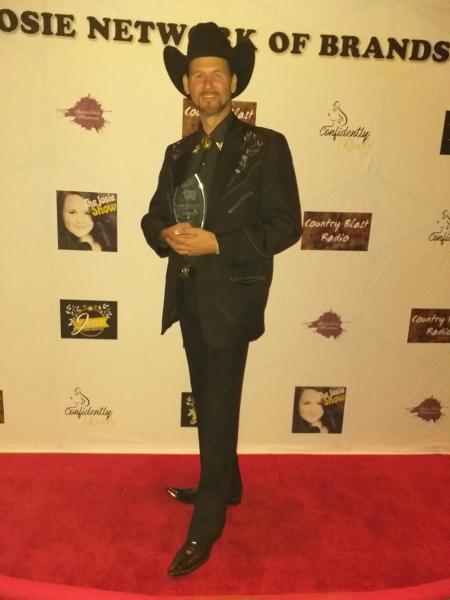 JOHNNY Westwood is not only the coast’s most popular country music star with his show “The Legends of Country” but he has recently achieved stardom in America, specifically in the home of country music, Nashville, Tennessee.

Johnny has been entertaining audiences throughout the Costa del Sol with his sold-out solo show for the last 15 years and amassed a great following.

One such fan contacted him by e-mail to tell him how much he enjoyed his work, he added that he was a songwriter from the USA. Johnny, not taking it too seriously, shot back a message cheekily asking the man to write him a song.

What he didn’t know at that point was that the fan was David Allen Kirchner, a multi-platinum songwriter, who decided to go one better and send him 40 songs.

The two worked together whittling down that 40 to 10 of the best songs that made it onto Johnny’s first album “The Window or the Walls”.

Johnny was signed to independent US label Echota records who are based in North Georgia.

The first single “Just a Kiss” made its way into the American independent country charts and topped the Spanish independent charts by hitting number one.

His follow up single “Rain in Tulsa” scored him his first number one in the American independent country charts.

Johnny’s profile began to grow and he received two nominations at the Josie Music Awards to be held in the Dolly Parton Celebrity Theatre in Dollywood.

After posing for his picture on the red carpet he was approached by Justin Peters, CEO of Nashville’s Platinum Planets records who was so impressed he snapped Johnny up for a five-year songwriting contract.

Westwood hasn’t allowed his head to get too big for his Stetson, the option is there for him to move Stateside but he admitted that he would rather stay here, where he feels at home.

Before Johnny moved here to his adopted home he lived in London. He had been drawn there, from Cambridge, by the bright lights of the West End and became an actor appearing on stage, in film and in TV shows such as This Life, Dalziel and Pascoe, Silent Witness and a recurring role in Crossroads. He also went on to found his own Amoeba theatre company.

Out in a West End lounge one night he got up to sing along with the pianist, they were playing “Rhinestone Cowboy”. Among the patrons was a West End booking agent who was so impressed she vowed to get him a show, she found him a 40-minute country slot.

From there it was onwards and upwards.

Johnny began a one-man tour that took him all over Europe, it passed through the Costa del Sol so often that he decided to set down some roots. He has a great deal of support here which really showed when he was diagnosed with cancer in 2013. Friends and fans threw fundraisers in his aid. He was close to death at one point but managed to pull through and beat the disease. The entertainer felt that he had been given another chance and it had given a sense of focus.

The star has made entertaining his life, more importantly, country music. He is currently working on a second album and booking has already begun for a 10 date tour of the UK next year.

Last week he started rehearsals with his new band “Westwood” and is excited to be working with other talented and passionate country musicians.