Pet Chihuahua Snatched Up By Bird Of Prey In Aberdeen 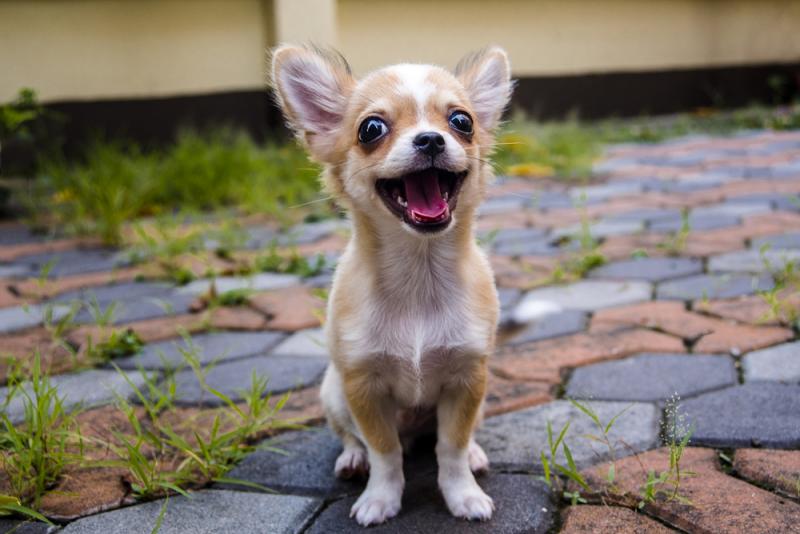 Pet Chihuahua snatched up by bird of prey in Aberdeen Credit: Shutterstock

A PET CHIHUAHUA had a “very lucky” escape when a bird of prey tried to grab it, according to its owners

The hawk-like bird gave the pet—and owners alike—the fright of their lives as it tried to take the small dog from the family garden in Aberdeen’s Stoneywood last Friday, as reported by a Scottish daily newspaper The Press and Journal.

Owner Sheila Gillanders, 72, said 18-month-old Emma was only saved thanks to the quick actions of her husband Robert, 65, who managed to get to the predator and release the dog from its talons.

According to reports from the BBC Mrs Gillanders said: “We heard a bell and it was a bird of prey coming down – it must have escaped from its handler.”

“It pinned her against the fence. It only got so far up, but my husband was able to get the bird off her.

“It then just looked at us. It was a really big bird, like a buzzard. It was definitely trained, as it was wearing a bell.”

Emma’s owners hope the appeal will lead to the bird’s handler to come forward.

Mrs Gillanders added in the media report: “Emma is a bit bruised but otherwise she was not physically injured.”

“Her stress is sky-high and we are struggling to get her back out in the garden.

“It was very lucky. If it had not been for my husband getting to her so quickly I dread to think what could have happened.”

Emma is now recovering at home after being treated by a vet and given medication.

This is not the first time small, domestic dogs have been victims of birds of prey. Just last July in Devon, Gizmo the Chihuahua was ‘seized and taken away by seagull’ unfortunately this incident didn’t have such a happy ending as the seagull managed to fly off with the family pet who hasn’t been seen since.

Mr Rock, from the University of Bristol, professed to the BBC on that occasion: “If you have a very tiny little dog I suggest you don’t let it run around in your back garden… it may well become a meal.”

Tony Whitehead from the Royal Society for the Protection of Birds (RSPB) also stated, in the same report, that it was a “rare thing to happen to a dog”, but he advised owners of small dogs to keep an eye on their pets.