Credit where it’s due 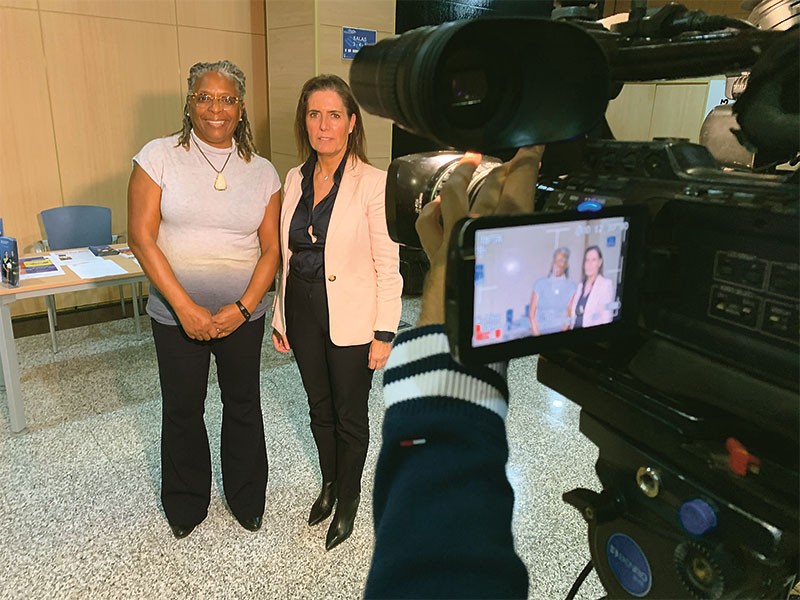 Charmain Arbouin and Remedios Bocanegra meeting was a success.

When Charmain Arbouin, our British Consul, agreed to talk and meet with Marbella’s British citizens in Marbella on November 12, she expected Brexit to have been done and dusted.

This was not the case, but even so the event organised by the Foreign Residents Department was a great success. Marbella now has a councillor specifically responsible for us, Remedios Bocanegra, who has much experience in the administrative side of foreign residency and was responsible for the introduction of the proceedings.

Charmaine made the first address to those gathered, summarising the paperwork we should have in order.  This included ensuring your passport has at least six months validity, ensure you exchange your UK driving licence for a Spanish one if living here, similarly getting your residency if that’s the case and ensuring the details on your existing one are correct and up-to-date.

She also made a final plea for everyone to sign on the local Padron, explaining how this is so fundamental for the local community to have sufficient government funds to clean, police and provide sufficient healthcare facilities for the existing population.

After the event there were still many questions so thankfully Susan and Marietta from the British Embassy were also brought in to help, as was the Foreign Residents team.  A lot of people working a lot of extra hours, because of something we instigated.

Charmaine was the one to point out that perhaps we are not appreciating how much the Spanish are actually doing for us. We seem to forget that we Brits are living abroad and are guests in a foreign country.

Moreover we eagerly complain about their systems and everything we need to be doing facing us leaving the EEC. Again, we need to remember that it’s the British who have voted to leave and with some 300,000 of us currently living in Spain, it’s literally the Spanish that are paying a very high price for this transition.

Much of Spain’s taxpayer’s money is now going towards additional staff required to prepare and negotiate all the agreements between governments as well as handle all the paperwork and documentation of the thousands of people finally deciding to legalise their situation all over the country.

Obviously there is even more pressure on the small town halls that handle exorbitant amounts of resident tourists, such as ours. This means all local governments have to work harder too and yet we show very little gratitude; if any.

Apart from contacting the British Embassy for queries regarding what’s happening and about to happen, it’s also noteworthy that the Spanish government has also invested in an English language website link from their page www.lamoncloa.gob.es covering all aspects of Brexit.

They even have audio files for each section so you can just listen if you want to. The Spanish, our hosts, are literally bending over backwards to help us, so let’s start to give credit where credit’s due.