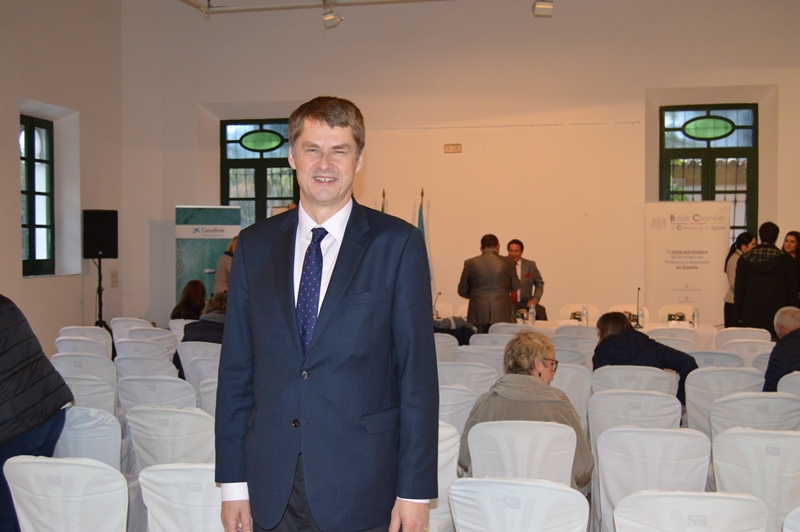 AS part of an ongoing programme to discuss the future for British passport holders following Brexit, a seminar was organised in Manilva last night (Wednesday) with a number of guest speakers.

Those on the panel included representatives and mayors of Manilva, Casares and San Roque as well as local experts on law, banking and trade as well as invited speaker the new British Ambassador to Spain H.E. Hugh Elliott who travelled from Madrid.

Prior to the meeting he kindly agreed to speak with Euro Weekly News, although due to the forthcoming General Election, he was required under the rule known as Purdah not to make any comment that could be construed as being of a political nature.

The Ambassador had met and married his Spanish wife whilst working as a teacher in Madrid and eventually moved back to the UK with his family to take up a position in the aForeign and Commonwealth Office.

Pleasingly for them both, his first overseas appointment was in Madrid and after spells in the UK he also worked for the FCO in both Argentina and Paris before taking a job in private commerce for seven years.

He then applied for the role of Ambassador to Spain and was appointed, which for many reasons he is relishing and is looking forward to the future once all matters political are resolved.

His current situation is to advise British passport holders to anticipate and be prepared for an eventual Brexit regardless of how long it takes or whether it is hard or soft.

The important matters to resolve are those of residency, exchange of driving licences, resolution of health care so that those living in Spain can continue to enjoy their lives without facing bureaucratic problems once any Brexit period of grace has expired.

Ambassador Elliott went to some length to praise the Spanish Government for the way in which they have reacted to the entire Brexit saga and the fact that they have probably done more to ensure protection for the rights of British subjects than any other EU member state.

In conclusion, the Ambassador encouraged all EWN readers to be ready to take advice, visit the Living in Spain Guide on www.gov.uk , to sign up for regular updates and be assured that the Embassy and the British Consuls around the country would do their best to make sure that all new information is posted as quickly as possible.