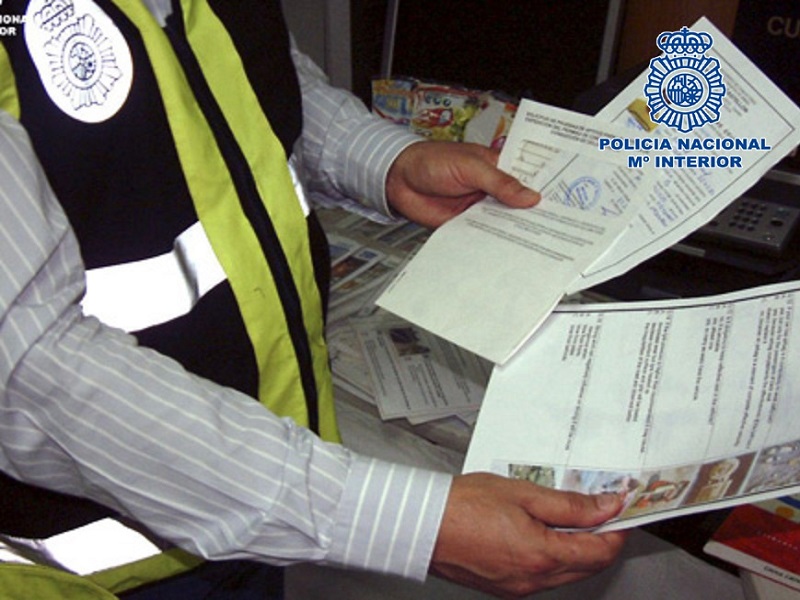 TWENTY people are under arrest in Almeria and Roquetas de Mar as part of a police investigation into an immigrant paperwork fraud scam.
Police said the head of the network dedicated to supplying fake papers to foreigners living in the province without the necessary paperwork was among the detainees. Also, that he had been arrested in 2014 and 2018 for similar offences.
Police reported non-EU citizens were paying up to €2,000 for fraudulent documentation which they could use to make applications for legal residency in Spain.
Investigations began at the beginning of September in collaboration with the Almeria Immigration office. Investigators detected immigrants making residency and work permit requests through the usual channels using fake documents to support their applications in accordance with the legal requirements in order to carry out their own business projects, which then turned out to be non-existent.
The investigation established that an agency assisting clients with administrative matters in Aguadulce was processing all the said authorisations and false documents. They identified the company boss, a Roquetas resident of Moroccan origin, as the individual responsible.
Police said that as well as providing all the paperwork demanded by the Immigration office, he also supplied false business projects for self-employed workers, home and business premises rental contracts, foreign company employment diplomas and certificates, and even medical assistance reports, all of which what used to try and show a foreign resident complied with the requirement of living for more than three years in Spain.
Investigators seized considerable amounts of incriminating paperwork during the operation.
The investigation remains open to establish the full extent of the scam and further arrests are expected, according to the police.
All those detained so far have been charged with falsifying documentation.