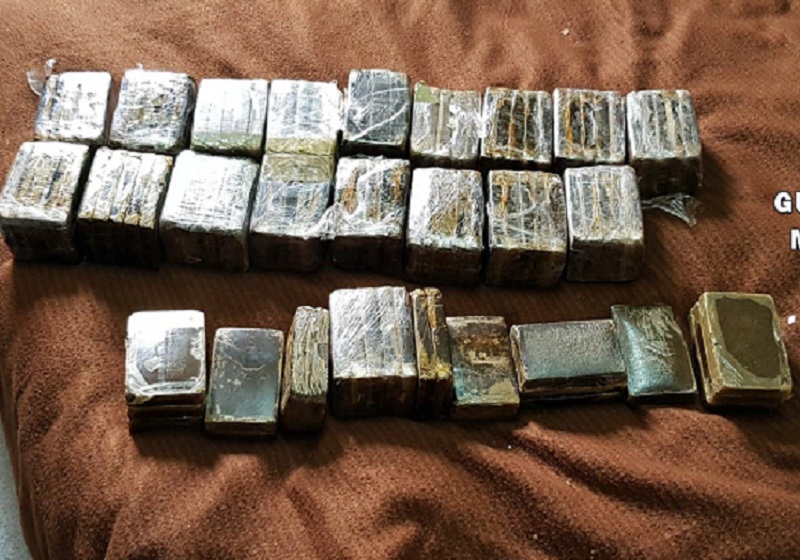 A 48-YEAR old man from Almeria is under arrest after the Guardia Civil uncovered a large-scale marijuana and hashish distribution set-up.
The Guardia discovered drugs were being stored at his property in Viator.
The location of the drug store stemmed from complaints from local residents about three large, potentially dangerous dogs which had escaped from the property and were running loose.
Guardia and Local Police officers found the animals wandering around a plot on which there are a number of properties and warehouses. The strong smell of marijuana in the air pointed to the existence of an illegal indoor plantation and the three dogs being used to guard the property and to keep unwanted people away.
When the property owner appeared officers carried out a more thorough inspection. They noticed that the iron grill on one of the side walls had been pulled out and thrown on the ground. The smell of marijuana coming out of the window was overwhelming.
The first thing officers came across inside the building was an advanced closed circuit TV system for observing anyone who approached. They went on to find in various rooms a total of 195,200 kilos of marijuana, most of it packaged up for distribution, 34,900 kilos of hashish, two firearms and abundant ammunition.
The also came across precision scales, packing and sealing machines and other items used for processing and packaging drugs as well as a top-of the-range vehicle and a lot of documentation.
The warehouse owner, identified as 48-year old J.J.P.P., has been charged with crimes against public health and illegal gun ownership.
The Guardia said the operation remains open and further arrests have not been ruled out.