Scottish News: Ex-soldier on brink of suicide saved by love of loyal dog 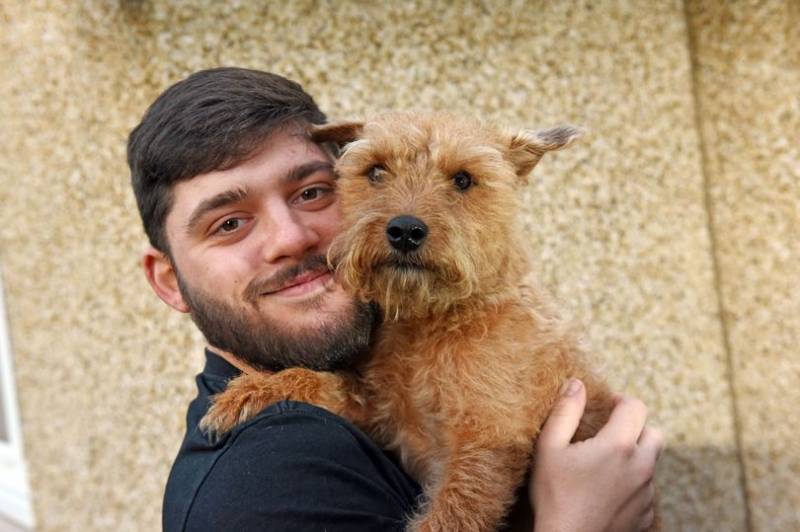 THE bond between a person and an animal is certainly powerful, where the companionship of a dog can have a profound effect on their owners.

This was exactly the case for a desperate ex-soldier who was driven to the brink of suicide after suffering from depression and anxiety. Thankfully for former Royal Engineer William Hall from Airdrie in Scotland, he was given a second chance in life because of his dedication to his dog.

After returning from Afghanistan in 2013, William hit rock bottom as was left jobless and without any money to his name. Matters were made worse due to his reactive arthritis, a painful condition that bound him to a wheelchair where he was unable to leave his house.

However, his beloved terrier Arty helped save the day, stopping him from taking his own life as he realised his pup would be alone without him.

William then turned to Fares4Free, a veterans’ charity run by David Gibson that provides free taxi rides and support to ex-soldiers. Just a few hours later, David arrived at his door armed with bags of food for him and Arty that he paid for from his own pocket.

Speaking to the Daily Record, William said he broke down on the doorstep and that this was the turning point in his life. He is now fully on the mend and has even adopted another dog named Nessie who was found living on a street in Spain. As well as taking medication to ease his anxiety, William also volunteers at Fares4Free.

David’s work for the charity has led him to being awarded a Local Legend Award at the 25th birthday of the National Lottery Awards. Talking about the motivation behind his work, David expressed that the majority of veterans who come out of the service are well-adjusted individuals, but there are a significant minority that really need our support.

Studies indicate that human to animal interactions have a number of positive health benefits. According to the National Institutes of Health, interacting with animals can lower blood pressure and can help alleviate problems related to anxiety, depression, or stress.