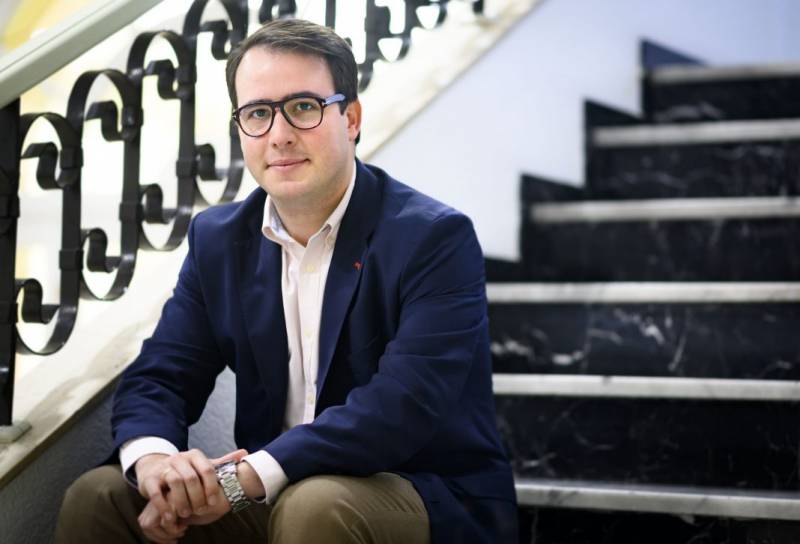 ASSISTANCE: The Provincial Presidency and Struggle Against Depopulation deputy said described this type of financial assistance as “a lifeline” for the smallest municipalities. CREDIT: Diputacion de Almeria website

THE provincial government has announced it is allocating €200,000 to culture, heritage and infrastructure projects in 10 inland municipalities.
The Diputacion de Almeria said the investment in Laujar de Andarax, Lucainena de las Torres, Seron, Ohanes, Almocita, Laroya, Terque, Tijola, Velefique and Urracal would allow for the “regeneration” of some of the municipalities’ most important historic and cultural elements, improve infrastructure and boost key events, which will in turn stimulate their local economies and contribute to the localities retaining population.
Provincial Presidency and Struggle Against Depopulation deputy Fernando Gimenez had the job of officially awarding the financial assistance to the mayors of the respective municipalities, telling them his administration is committed to improving their residents’ lives.
“The Diputacion is always going to be by the side of the 103 municipalities to help with whatever they need.
“Assistance such as that we are handing over today fits in perfectly with the spirit of the Diputacion and is a direct benefit to residents”, he added, continuing, “what’s more, it is a lifeline for our smallest municipalities and a valuable tool which contributes to driving their economies and fixing population.”
The Laujar project will see the extension of what is Andalucia’s first Hispano-Filipino museum, which is dedicated to the Jesuit Pedro Murillo Velarde.
In Velafique the provincial funds are going towards works on the warehouse used as a sheep and goat enclosure, which the Diputacion said will help strengthen what is an important local industry.
The money for Lucainena is destined to measures to guarantee domestic water supply, while Almocita’s cash is for a meeting and conference on the issue of repopulation.
In Terque the subsidy is going towards a hostel for tourists and visitors.
The Almanzora valley is one on the major beneficiaries of the round of investment. Laroya has received a sizeable amount to renovate the Casa de Marques, which is at risk of falling down.
The local authority wants to restore the building so it can be used for social rentals, allowing the neediest to remain living in the municipality.
Tijola meanwhile is using its assistance to put on an equestrian show which will be a fusion of Andalucian horses performing and music.
Urracal is using the provincial administration assistance to create a natural interest area for tourists in a forested zone, complete with picnic facilities.
In Seron the funding is for the construction of a sewage system in the Canata district, and in Ohanes it is for improving energy efficiency in municipal buildings.
“We are doing to carrying on working so that councils can cover the needs of your residents”, Gimenez promised the mayors, “giving you the means to improve their quality of life and have the same services, wherever they live.”