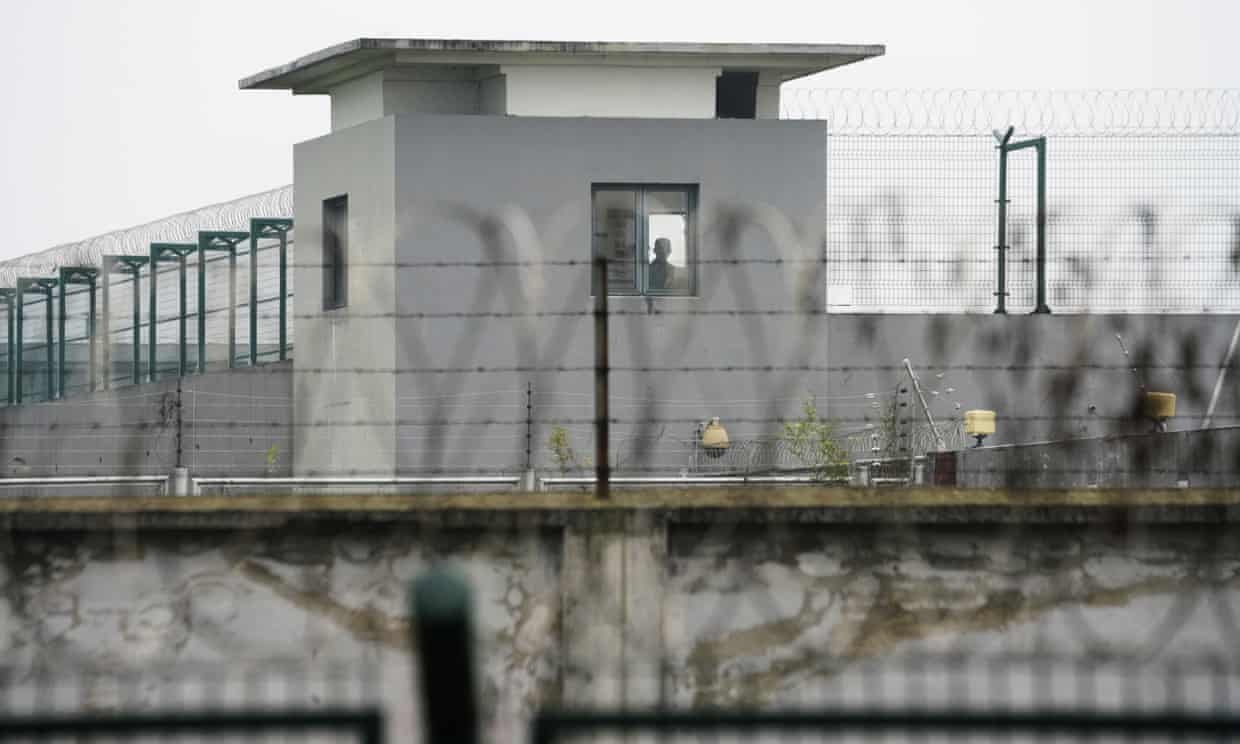 Qingpu Prison in China-torture, beatings and humilation are a common occurence there

This Christmas, a cry for help from Leo and other foreign inmates of Qingpu was smuggled out, hidden in a Tesco greetings card. China has called the card and allegations of forced labour by foreign prisoners a “farce”.

For over three years, Leo ( name changed for his own protection) spent his days at the Qingpu prison in Shanghai silently packaging sticky notes, face masks, gift bags, and labels while guards kept close watch. If he refused, he would be punished – barred from reducing his prison sentence, making phone calls home, or worse…

We can now reveal that the evidence gathered from six former inmates of Qingpu prison who describe in unprecedented detail the conditions they claim they were forced to endure during their incarceration in China. These include being forced to work for a pittance and in some cases tortured for disobeying prison authorities, regular beatings were the norm.

China has one of the largest penal labour systems in the world, one that human rights advocates say has flouted international standards against forced labour for decades. Beijing maintains that prison labour, legal in China, is done in accordance with the law. The ministry of foreign affairs did not respond to a request for a comment on this story.

The six former inmates, all released from Qingpu in the last two years, said they witnessed authorities forcing prisoners to work. Four of the six, including Leo, described having to work between twelve and fifteen hours a day, seven days a week, for as little as 30 yuan (£3.20) a month.

Qingpu, established in 1994 on about 8 square miles of land on the outskirts of Shanghai, holds 200 foreign inmates and describes itself as a “first-class prison” that cultivates “pride in work”. In the last week, state media have released reports highlighting its “productive labour” on things such as jade and bamboo carvings done by inmates, to an orchestra and a Christmas musical production.

Inmates said punishment – usually psychological, such as sending prisoners to solitary confinement – could be extremely cruel.

Mbanasor said he was sent to solitary for 21 days after he insisted on hosting church gatherings and Bible studies against guards’ orders. In July 2017, he said he was tear-gassed and dragged from his cell to the “confinement” hall of small windowless rooms.

In 40C heat, he was given hot water and barred from removing his clothing. When he began praying aloud, a group of guards tied him to a wooden plank and left him for 24 hours. Unable to move or get up to use the bathroom, he wet himself.

“All these things together are to destroy you. When it was happening, it was unspeakable,” he said.

Pedro Godoi, 45, a Brazilian businessman who served five years in Qingpu after being convicted of visa fraud, went on hunger strike over what he saw as mistreatment of prisoners. He was also denied privileges when he refused to work. He said he was strapped to a wooden plank for 12 days in solitary last year. A loudspeaker broadcast Chinese propaganda loudly next to his head. Inmates keeping watch woke him up every 20 minutes. One former inmate said he saw Godoi being force-fed by doctors while tied to the wooden bed. Godoi said he was waterboarded three times by Chinese inmates under orders from the prison authorities.

“Qingpu is a meat-grinder. It’s to destroy a person,” said Godoi, who was released in May. “The idea of Qingpu is to show the people outside you can’t mess with the government. It’s a big labour camp. Arresting people in China is an industry. It’s a business.”

Three days before Christmas, Leo was watching the evening news when he saw the familiar Tesco card, featuring a kitten in a Santa hat.

Half a year earlier, as other inmates blocked the view of surveillance cameras in the workshop, Leo had hid five or six Tesco cards in his clothes. Back in his cell, he nervously wrote o them and later slipped them back into the pile of cards destined for the UK.

“My hope is that those people who are in prison can be treated as human beings. Just because someone committed a crime does not mean that should be the end of their life.”