Brexit: what does the UK’s exit from the EU mean for Gibraltar’s work force 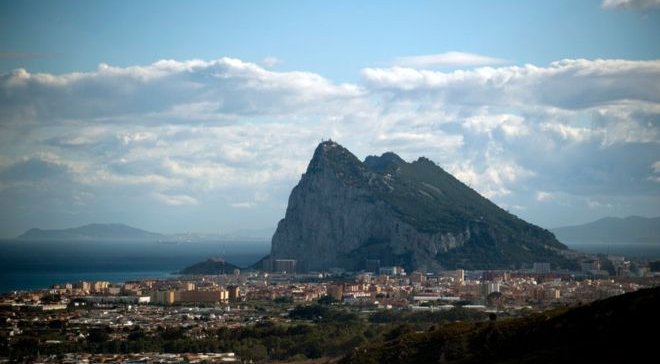 Jonathan Cachoeira is just one of almost 15,000 people who cross this 1.8 km border between Spain and Gibraltar for work.

He lives in San Roque, one of eight municipalities that make up the Campo de Gibraltar, in the southern Spanish region of Andalusia.

This region provides a source of labour for Gibraltar and the laws that guaranteed the free movement of workers benefited both sides of this border.

The United Kingdom’s departure from the European Union, which was formalized last night on January 31 also meant the departure of Gibraltar from the block too.

There is lots of uncertainty about the effects that Brexit can have on ”the rock”, mainly among workers like Jonathan.

Chris Groccot, an expert on Gibraltar at the University of Leicester believes that both the British and Spanish regions of Gibraltar depend on each other. “There is a very close relationship between the communities on both sides of the border”.

In that sense, Groccot continues, the relationship has these two aspects: “Gibraltar creates jobs and the Spanish side of the border provides plenty of labour.” Gibraltar acts as an economic centre of the region and to a large extent, but not exclusively, it depends on the Spanish workforce.”

With non-existent agricultural or industrial economic sectors, the Gibraltarian economy is based on customs duties, revenues from the naval base, online games, tourism and financial services.

Until now, companies could register in Gibraltar and trade with the entire European Union, benefiting from a lower tax rate exclusive to the British enclave.

Some companies, especially in the online gaming sector, have already started leaving Gibraltar and re-establishing themselves in Malta, where they can continue to operate in the EU.

Gibraltarians voted massively against Brexit with an overwhelming 95.5% voting to remain in the EU.  This was by far the highest percentage of remain demographic during the 2016 referendum.

Now, Gibraltarians await financial and economic disaster if a plan is not ready by the end of The Implementation Period on the 31st of December 2020.