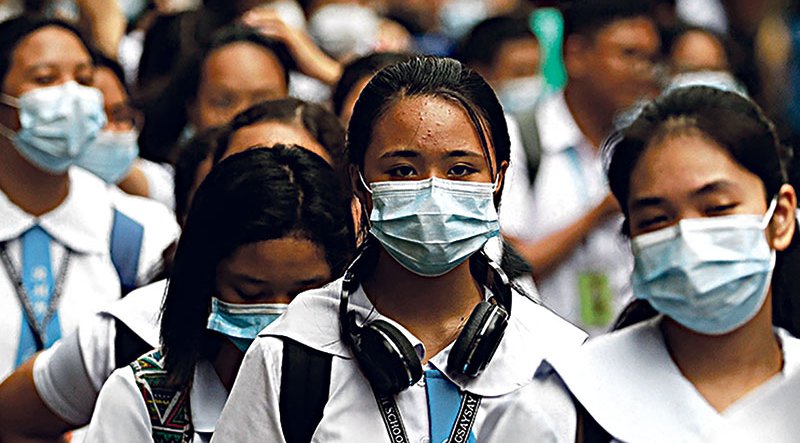 CORONAVIRUS OUTBREAK: Ten cities have been shut down.

ONE extremely enlightening, and somewhat disquieting fact to emerge from this Coronavirus outbreak, is how incredibly easy it was for the Chinese authorities to shut down 10 cities. This actually involved some 33 million inhabitants.

That is almost half of the whole United Kingdom – and the communist hierarchy managed to lock them all down almost overnight.

Can you imagine trying to close down half the UK at that speed? It would take a fortnight’s debate in parliament before you could even begin.

The Chinese then proceeded to build two new hospitals in a week.  The UK could take up to 10 years to even get planning permission! Mind you, that of course is how a dictatorship works; heaven forbid the democratic countries of the world being taken over by despots of this nature. And frankly, that’s why the Chinese leaders worry me.

If they have this sort of hold over so many people and decided to galvanise them onto a war footing, we could have half a billion on the doorstep before you could say Chicken Chow Mein.

Bearing all this in mind, I think that allowing China, with its utterly alien and therefore completely unpredictable society to install a cyber system throughout the whole of the United Kingdom is utter madness.

If their inscrutable leaders don’t take the opportunity to insert some form of ‘bug’ into the Huawei project, I’ll eat my bat soup.

Talking of which, have you seen the recent videos on social media showing what these people actually do eat!? Basically they scoff on just about anything.

Some of the stuff they serve up in their restaurants makes the ‘I’m A Celebrity’ trials look like a Jamie Oliver gourmet night! Is it any wonder this virus has jumped from animals to humans? If they continue gorging on this type of menu, I should think there are plenty, even more deadly diseases just waiting to cross over.

It wouldn’t surprise me if AIDS didn’t originate from somewhere in this inscrutable Far Eastern direction either.

No, I think we should be very wary of the Chinese. Have you ever had an argument with a waiter in a Chinese restaurant? It doesn’t take much for the whole staff to join in and the chef to appear with a meat cleaver.

Don’t take my word for it. This is a quote from prophesies of old Mother Shipton in the 15th century. ‘And Christian one fights Christian two. And nations sigh, yet nothing do. And yellow men great power gain, from mighty bear (Russia?) with whom they’ve lain.’ Unquote.

I also think the numbers of fatalities that have resulted from this virus are far higher than they are actually divulging. Let’s just hope the whole horror trip is over soon and the Chinese authorities decree a change in their nation’s diet habits. Ah So.