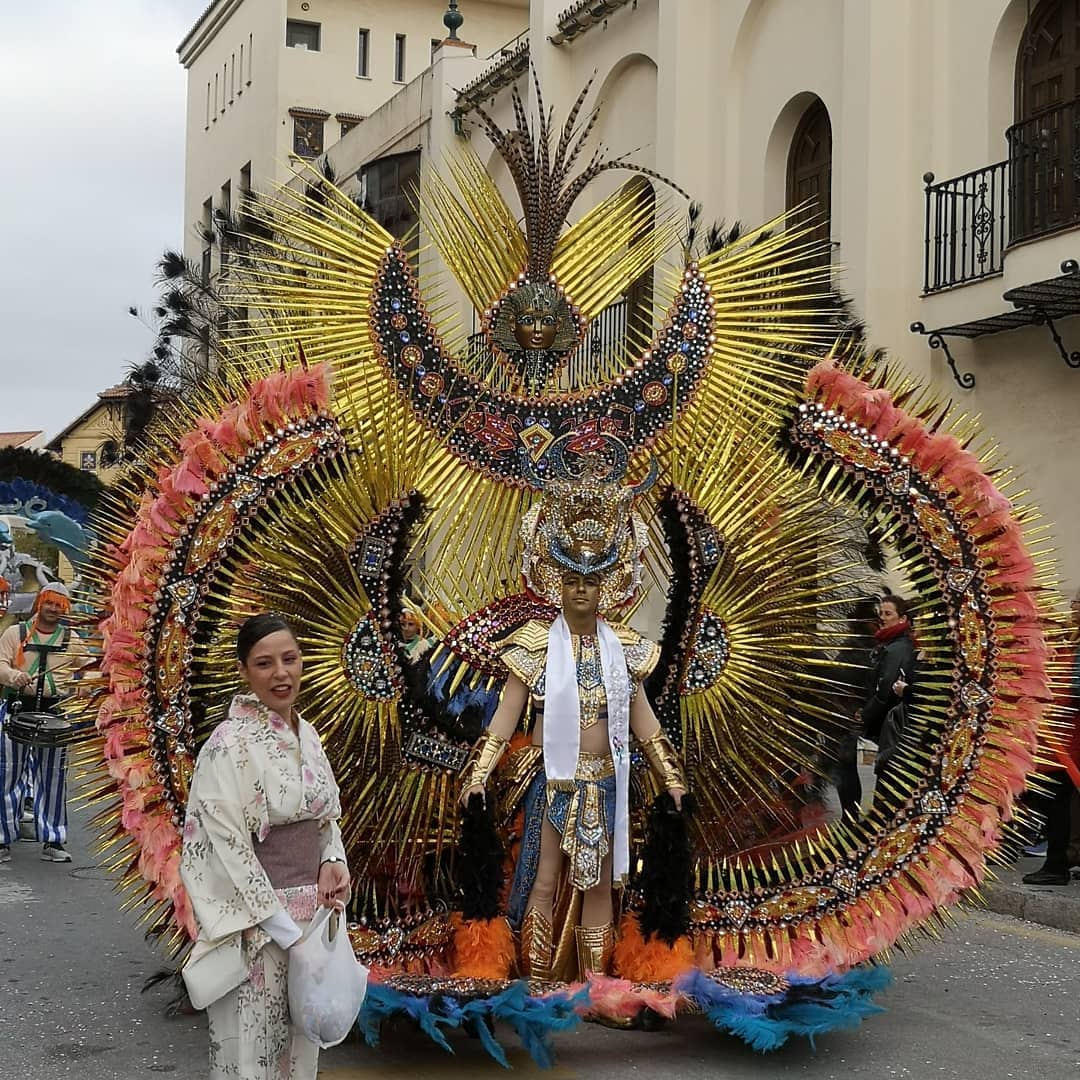 Colour and joy: Fun for all ages Credit: Twitter

THE Malaga Carnaval continued to wow the crowd over the weekend with plenty of entertainment throughout the city. A procession, formed by numerous groups in fancy dress, toured the streets on Saturday afternoon creating a fantastic atmosphere along the Alameda Principal and in the Plaza de Fray Alonso de Santo Tomás. An hour before the procession began, the square had been filled with colours, feathers, floats and lots of music, in which the children were the true stars of this sunny first Sunday of the carnival which will run until March 1.

A children’s day held in the Plaza de la Constitución held a contest for princes, princesses and children’s heroes. Disney character costumes were preferred by the little ones, in which Frozen, Toy Story, The Incredibles and Coco were the most visible during the parade. The adults, meanwhile, were dressed as astronauts, pirates, funky 70s styles or just painted faces to accompany their children on an afternoon full of confetti and music.

The fabulous Drag Queen gala was held on Saturday night in the Plaza de la Constitución and although the proceedings did not begin until after 9 p.m., the area was a hotbed of people of different ages from late in the afternoon.

A total of sixteen drag queens participated in this gala which saw extravagant staging, super-fast costume changes, playfully vindictive banter and diva attitudes of all those wishing to be crowned as Queen Drag Queen of the Carnival of Malaga 2020. After much dispute Alma Soul was finally announced as the winner after a brilliant performance in which she was accompanied by a group of dancers who whipped the audience into a frenzy with flamenco touches and flair.