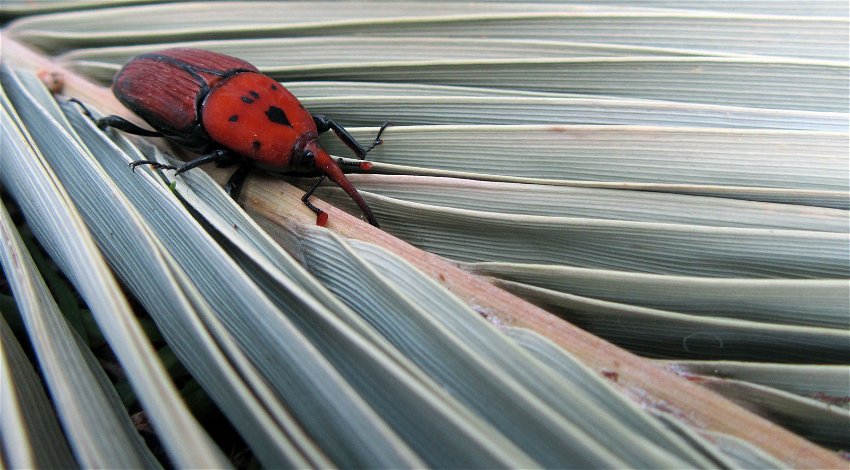 PALMA council says it is winning the war on red palm weevils.
The authority said a scientific study showed the probability of an infestation in the public Canary palms had dropped from 20 to three per cent in recent years thanks to the treatments applied and the simultaneous control of the pesty bugs in private gardens.
The red palm weevil arrived in Mallorca in 2007, and within a few years measures to control the plague had become a necessity, the council reported.
It said that since 2011 it had been implementing a comprehensive control and treatment of public palms, representing 15 per cent of the total, and a census of private palms accompanied by periodic monitoring and by an awareness-raising campaign aimed at private palm owners.
“At the time it was observed that the ratio of private palms to public in the municipality was five to one, it being understood that the key to the strategy was to work on both, public and private, at the same time.”
The result, the city authority concluded, has been a “drastic reduction” in the deaths of palms due to the weevil, and a “considerable reduction in the probability of palm infestation, especially in those areas with the highest number of treated palms.”
The council said the results “highlight the importance of preventative actions applied to the public palms: multiple annual revisions, insecticide treatments, pruning and the destruction of infected material.”
Parks and Gardens Service head Inma Gascon described the results as “encouraging”, but emphasized “the need to continue working with residents and not to lower our guard.”