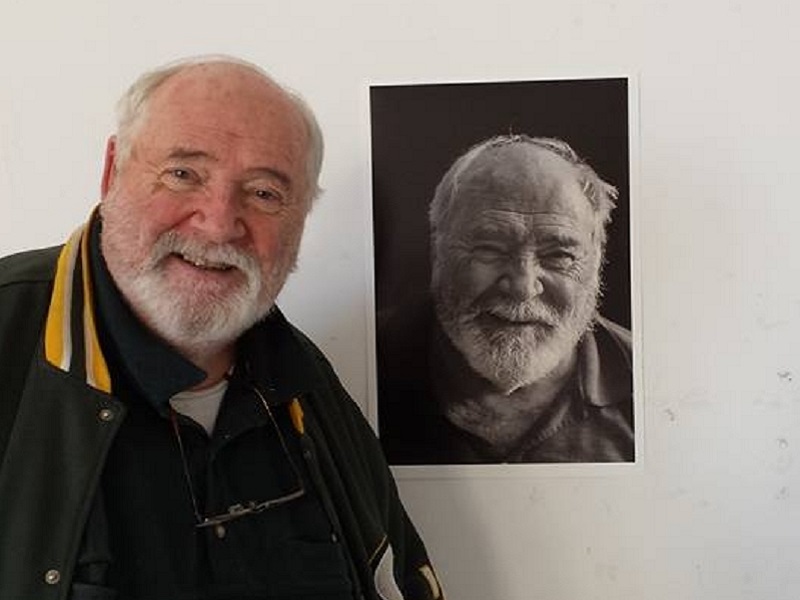 GREAT LOSS: Ric will be sorely missed by all his friends and family. CREDIT: Ric Polansky Facebook

MOJACAR will never be quite the same. One of the village’s larger than life characters and true friend and great ally of the Euro Weekly News Ric Polansky has sadly died.
American Ric first moved to Mojacar in the 1960s. He was a promoter, and along with his brother was one of the first to really put the ‘corner of enchantment’ on the map.
Ric was a man with a boundless passion for life. He loved bullfighting and photography, two interests he combined in the thousands of images he captured of bullfights around the world.
He was not afraid to explore far flung corners, whether it was fishing in Alaska or following the trail of the Spanish ‘conquistadores’ in Latin America in the hunt for the legendary city of El Dorado.
Ric was also a talented and original writer, and EWN was privileged to count him as one of our regular columnists, putting down on paper many of his innermost thoughts for our readers.
Ric will be sorely missed by everyone who knew him and will leave a gap in local Mojacar society which will be very hard to fill.
Ric’s wife Karen has worked tirelessly for local animal charity PAWS-PATAS for more than 30 years.
“We can remember Ric with great admiration for being a pioneer for Mojacar and a great raconteur and writer”, commented PAWS-PATAS Vice-President Chrissie Cremore.
He was also, she told the Euro Weekly News, “chatty, funny and interested in listening.”
It was thanks to his “very good friend for the last 32 years” that local businessman Charles Alman came to Mojacar in the first place after seeing an advert Ric put in a UK paper.
Ric picked up Charles from the airport, set him up in business, at a cost Charles mentioned, and from his friendship with the American and his family he has spent the last 30 years going to bullfights over all southern Spain. Just last autumn Charles was in New York visiting Ric’s youngest son Micah at the hotel where he works.
Peni Howe and husband Mat Murray moved to Mojacar in 1999 and were introduced to Ric by his son Luke. Ric offered Mat work and encouraged the couple to invest in an off-plan apartment.
“Without a doubt the investment paid off”, Penni told EWN.
“We sold within six months and doubled our money and moved to a family home as we’d just had our first child. We last saw Ric in Bedar where we live now and his words as always were ‘now do I owe you that drink or do you owe me!’
“Cheers Ric: we owe you!”
The EWN’s heartfelt condolences go out to Ric’s wife Karen and to all his family.