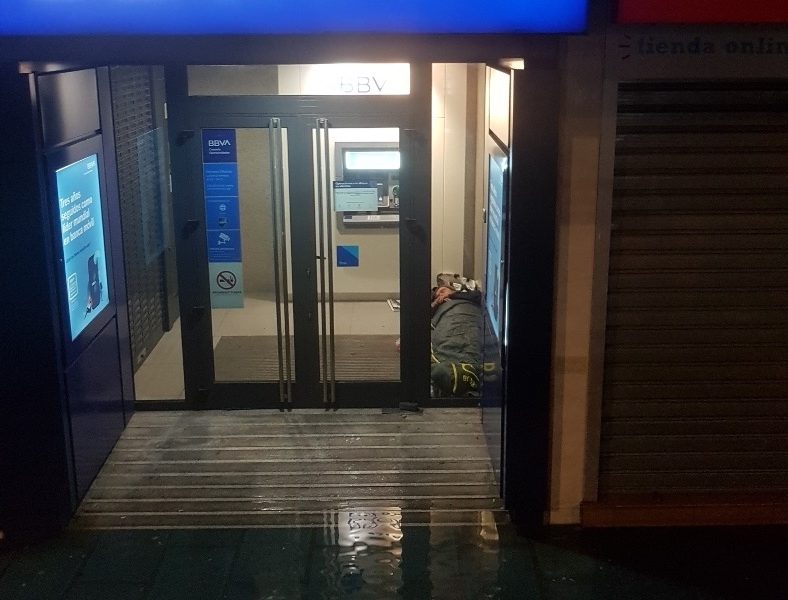 Finding a dry place to sleep Credit: The man on the street

DESPITE the lockdown, there are still a number of people living on the streets of Marbella and one of them, an English man, who must remain nameless, has spoken to Euro Weekly News about his situation.

He is used to living on the streets and knows how to avoid the junkies, the alcoholics and those who for various reasons can be violent which is why he is hesitant to go the Red Cross accommodation although he is going to check out the new council accommodation which he has found.

Apparently when the lockdown started police officers told him to go home, but after explaining on two or three occasions that the streets were his home, he has been left to his own devices and has been walking around the city.

He used to have a bicycle which allowed him to go much further in his search for food and he used to collect extra supplies for others on the street but sadly the bike has disappeared and he now has to walk everywhere.

Twice a week, the Red Cross go around Marbella and distribute a small bottle of water, two tins of fish (luckily he has a can opener), a sandwich and a hot drink.

Previously, he was able to visit supermarkets, many of whose staff would, rather than make him root around in bins, simply pass over food that was going to be thrown away but with the lockdown and the demand for food increasing, plus he can’t cycle to his usual places, food is becoming more difficult to come by.

He has been on the streets of Marbella for several years and at one time he could get occasional work with fishing boats allowing him to buy necessary items but that has dried up and he is managing thanks to assistance from people like Alex of Help the Homeless Costa del Sol to whom he is very grateful.

It appears that there are quite a few people of different nationalities still on the streets of Marbella but apart from some petty thieving, the streets are quiet and the homeless are in the main more interested in observing social distancing.

With the cold weather and rain there are some who are suffering as they try to keep warm and find shelter but in his case, he has for some time had a secure hideaway near the seafront which he is still using and believes that the sea air is good for him.

It would be easy to simply chastise someone who won’t go to council accommodation but equally remember the saying “You can’t understand someone until you’ve walked a mile in their shoes.”