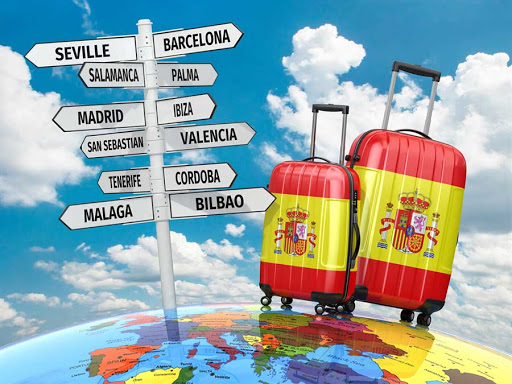 BRITISH holidaymakers are reportedly struggling to choose between two of their favourite Spanish holiday destinations, the Costa Blanca or the Costa del Sol over coronavirus fears on their return.

In what has been termed ‘one of most tumultuous years in history’ there is some light at the end of the tunnel as easyJet, Ryanair and British Airways indicate that by the middle of June flights between Spain and the UK will resume, in fact, it was possible to reserve seats from all these companies in June.
Travel agents and Spain’s tourism industry know that as soon as the end of the lockdown is announced and things are back to normal there will a massive pent-up demand for holidays to Spain to satisfy.


The problems for holidaymakers thinking of coming to Spain are:

And lastly and probably most importantly, “will the Spanish even want us back”?
This is a valid point as the UK was slow to apply the lockdown restrictions imposed much earlier by Spain. Some Spaniards are reportedly worried that an influx of holidaymakers from the UK could even start the whole epidemic again in Spain if they come over too soon.
Travel and Tourist Minister
In a recent video session, Reyes Maroto, Minister of Industry, Commerce and Tourism said:

“We will have to keep our distance for a while, even on the beach.”

The minister did not rule out restrictions such as maintaining physical distance in the places of greatest influx.

In the middle of Easter, one of the busiest times for tourism, the sector has ground to a halt. The summer, according to the minister of the branch, Reyes Maroto (Medina del Campo, Valladolid, 46 years old), will not be what is customary either.
Nobody rules out that there are restrictions such as maintaining physical distance in places with the highest tourist influx, such as beaches. The sector will be one of the last to overcome the crisis, assumes Maroto.

Recently there was talk of the tourism boom and now it has stopped. How will the sector recover? she was asked…

Answer. The coronavirus crisis affected the tourism sector earlier and more intensely, and it will be the one that will come out later due to two elements: mobility and confidence and security in the destination. We are already working with the Spanish Tourism Council (Conestur, which groups autonomous communities, employers and unions), in different exit scenarios.

Q. Have you calculated the impact of this crisis for the sector?

A. It is difficult, because there are a lot of uncertainties, some agencies have made some forecasts, but it is very difficult to calculate, because it depends on the duration of the health crisis, but there is going to be a major negative impact.

We have to guarantee that the tourist sector has sufficient aid to last longer than other sectors, which will open earlier. We are concerned that the business fabric will be lost. The first royal decree was focused on tourism, and we have approved the second fund of €200 million, with a focus on the self-employed and small and medium-sized companies, which account for 90 per cent of the sector. Let’s hope the stimulus package is enough to kick-start the industry back into action!