The speed at which the Spanish Government has allowed the reopening of markets has forced a Costa Blanca council to postpone its comeback, citing "complex issues" 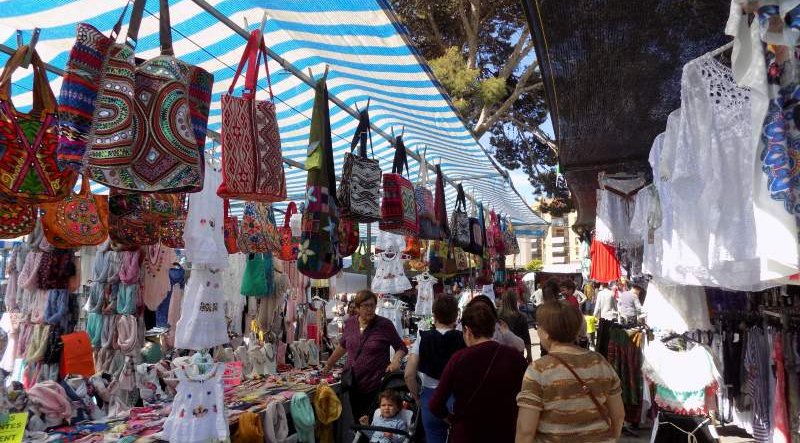 POSTPONED: Villajoyosa Council says there is too much to organise to open this week. CREDIT: Ayuntamiento de Villajoyosa

The complexity of opening up Villajoyosa’s Thursday market during State of Alarm has meant its comeback has been postponed until next week.

THE council said today that the “speed with which the markets have been authorised and the complexity of the legal conditions to be adopted have meant that the opening has been delayed until next Thursday, May 7.”
Security measures which will be adopted include a minimum distance of two and a half metres between each stall, and vehicles will be allowed access “to act as a separation between the stalls.”
In addition, Villajoyosa Council will install 200 fences to keep a two-metre distance between customers and stalls so that produce cannot be touched.
Councillor for Trade, Josep Castiñeira, said: “The council will also provide customers with masks and hydrogel for hand washing, as well as protective face masks for those who do not have them.”
Only two of the five usual entrances to the site will be accessible, and there will be police surveillance.
Capacity will limited to 100 people, to allow movement for the Local Police.