A "lifeline of concrete" won't rescue the tourism industry in Benidorm and other towns and cities in Spain's Costa Blanca, warns the region's hotel association 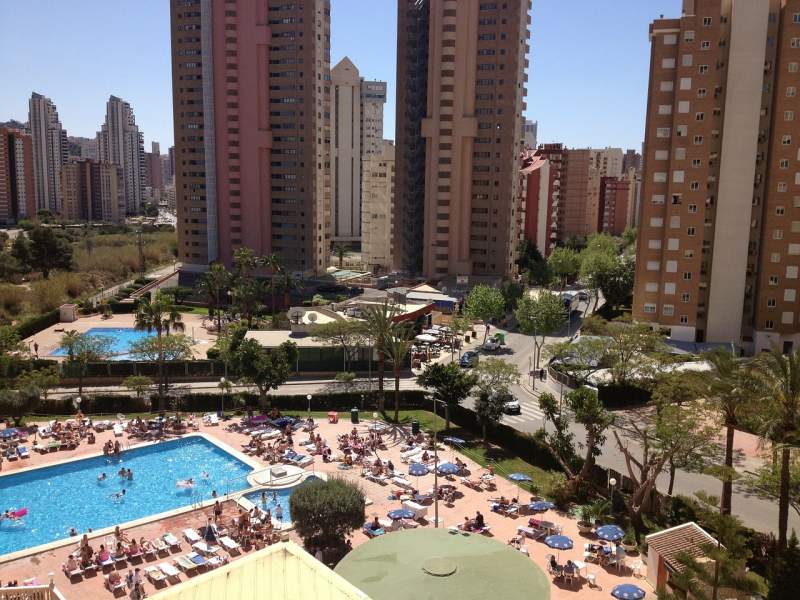 Costa Blanca’s hotel association (Hosbec) maintains the urgent need for a protection plan for the region’s tourism sector, warning “a lifeline of concrete” will not secure its future.

THE Valencia Community’s tourism employers say a protection plan with measures to safeguard labour and financial-fiscal was agreed with trade unions, but has not been considered.
Hosbec said in a statement, the Spanish government has made public its plan of transition to a “new normality” before any “economic analysis based on our activity.”
Association President Toni Mayor, explained that under the conditions proposed by President Pedro Sanchez, the opening of hotels in these phase of de-escalation proposed is “very complicated.”
“On the one hand, because the limitations of capacity and services are hardly compatible with the tourist activity itself and, on the other hand, because it allows the opening of hotels without allowing the displacement of clients and tourists at the same time, which is a clear incongruity.
“Thus, the first conclusion we draw from the government’s plan is that the hotel activity allowed in the de-escalation phases is minimal, and basically centred on occasional accommodation for commercial and mercantile activities, without any tourist component.
“In addition, the uncertainty goes even beyond the end of Phase 3 planned for the end of June. Without international air operations there will be no tourism or activity that can guarantee a return to normality at reasonable levels.”
Moyor added: “We must not forget that in the main tourist destinations of the Valencian Community, international tourism accounts for between 50 to 60 per cent of the total revenue.
Hosbec argues that taking all of this into account, the “force majeure” is in fact going to extend beyond the lifting of State of Alarm and “the tourism sector is once again strongly demanding that the Spanish government implement its strategy to put this activity back on track as soon as possible.”
The strategy – agreed weeks ago with the relevant unions says Hosbec – includes an extension of the ERTEs for six months after the end of the State of Alarm, with the possibility of further extension “if tourist movement restrictions persist.”
Mayor said: “For these ERTEs, a 100 per cent exemption of the company’s social security contribution is necessary – for all types of companies, regardless of their size.”
Similarly, the plan requests a 12-month grace period for the payment of interest on mortgage debts, to be paid at the end of each loan.
The president of Hosbec warned “if the government does not consider this protection plan, the consequences will not be long in coming.”
“The lifting of the ERTEs force majeure once the end of the State of Alarm is declared without other measures planned will mean a cascade of layoffs, job destruction and even bankruptcy among hundreds of tourism companies.
“We are seeing how we can drown and (the government) can’t throw a lifeline full of concrete.”
If the plan is not considered, 300,000 jobs could be destroyed and 14 per cent of the Community of Valencia’s GDP could be affected.
“Approving this protection plan will truly allow effective and progressive de-escalation for tourism.”