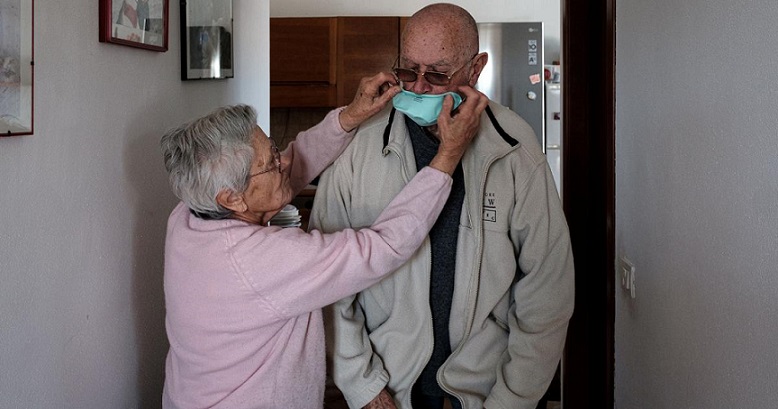 British expats face the grim prospect of being locked up for 14 days if they make the trip from Spain’s Costa Blanca or the Costa del Sol to the UK.

BORIS JOHNSON looks highly likely to announce on Monday that people returning to UK ports from Monday will be forced to quarantine themselves for 14 days before being allowed out on the streets and to mix with the public.
Sources at Number 10 have revealed that the PM discussed this with his ministers weeks ago when he was recovering from the coronavirus in Chequers. It would mean so-called ‘quarantine police’ would be sent to check up on people at the address supplied on the forms they filled out on the plane on the way over, much like the visa waiver forms that are filled out when you go to the states.


Travellers from Spain thinking of going over to visit relatives and family or maybe just for a holiday would have to stay much longer, probably a month, to make it worthwhile the trip.
June Hargreaves from Mijas was adamant as she needs to visit her grandmother who is in a care home in Oxfordshire: “What, 14 days! that’s ridiculous, how on earth is that possible to enforce? – someone could give the wrong address, the hotel could close, some could take sick, it will never work, but I simply have to get over and see nan as she is very ill, could be the virus – they don’t know yet, she hasn’t been tested as they are short of test kits.”
She went on to say: “I was going for a week but now it will have to be longer, much longer, and I can’t really afford it.”
This theme was echoed across the coast, Alan Guest from the Costa Blanca: “Well that’s it then I’m staying put, I’m not leaving my house in the campo for a month, it would get robbed I’m sure, now the restrictions are being lifted I can go out more anyway, besides that means rental cars and my medical insurance would be higher if I go for a month, I’m not paying out more for a hotel when I have a home here!”
Jennifer Ashton from Murcia said: “There is no way I would want to go back to the UK at the present time, the coronavirus is still not under control, the government was very slow to respond, Spain was much quicker. Personally I think it will be a long time for the virus to be eradicated in England, until then, ill stay here.”
TW. The message i was getting is that most expats will not make the journey back, it’s simply not worth the hassle unless it’s absolutely necessary, I was told.