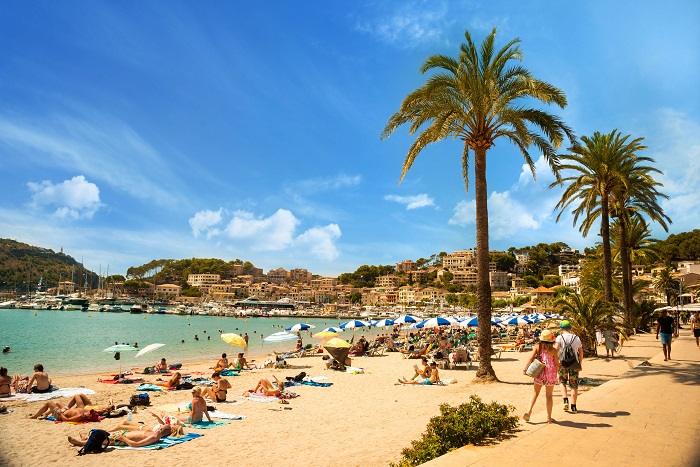 Spain wants to welcome ‘tourists back as soon as possible’ but ‘only when it is safe’, says Spain's Foreign Minister.

Germany is one of the most important tourist markets for Spain after the UK market. Seventy-five per cent of Germans spend over five days on holiday abroad and, on average, will spend around €1,004 in Spain.

THE drastic decision announced recently by the German government has come as both a blow and a shock to the tourism industry across holiday favourite destinations such as Costa Blanca, Costa del Sol and the holiday islands.

Germany has decided that they will not reopen their borders with territories which have been worst affected by the coronavirus crisis, namely Italy and Spain. They deem that the decision to reopen borders would not be prudent and therefore, they have confirmed that restrictions on these flights will remain.

This decision has come at a rather tense time as the government in Spain has also decided to apply a preventative quarantine to any tourists arriving from abroad and begin reactivating its tourism economy, a major shareholder in the nation’s economy.

Germany seems firm on its decision to restrict travel to Spain, as they have announced the reopening of borders with Denmark and Luxembourg, set to begin this weekend. Furthermore, France, Austria and Switzerland will all enjoy open borders with Germany after June 15.

The German Minister of Interior, Building and Community, Horst Seehofer, has postponed the reopening of borders with Italy and Spain to a later date. On another note, Angela Merkel demonstrated her firm intention to restore the Schengen space as soon as possible, so that the rest of borders between member states can progressively reopen.

For now, the German government will not put an end date to the pandemic. Meanwhile, tour operators are already selling holiday packages to France, Austria and Greece, and Spanish destinations like the Balearic Islands, Canary Islands, the Costa del Sol and Catalonia will not be able to accommodate tourists.

German tour operators are angered at the lack of clarity on when they can begin selling their holiday packages to Spain, one of the favourite destinations for Germans. However, this reluctance to set a date has caused great anxiety, both on behalf of the tour operators and of Spain. A similar situation occurs with the British tourist market which is already prioritising different destinations over Spain.

The tourism sector deems that the 14-day quarantine imposed by the government for tourists will be the largest detractor of travellers, therefore this will be a measure which further sinks the hospitality industry into the ground.

Germany is the second largest tourism market for Spain as we receive an annual amount of 13 million visitors who, on average, spend €124 a day and €1,004 a trip.

The confirmation from the German government which declares that no more citizens may travel from Germany to Spain, could result in losses of €13 billion.

The most important tour operator in Germany, TUI, has already announced that it will begin reselling package holidays to Greece, Portugal, Bulgaria, Cyprus, Malta and Italy, which are the countries who hold most hope for the summer season. Whereas, Spain has been set aside as an uncertainty and unsafe destination for Germans.