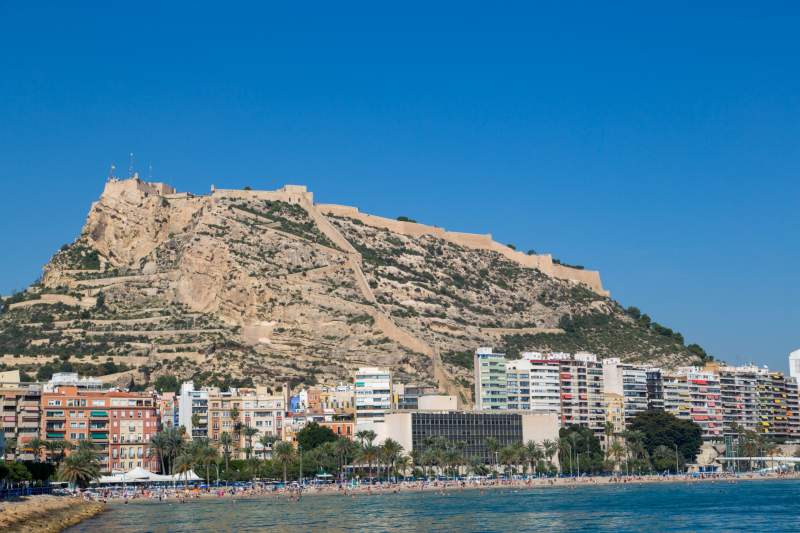 Just 1 per cent of hotels on Spain’s Costa Blanca opened their doors as the whole of region entered Phase 1 of relaxed lockdown today.

ACCORDING to the employers’ association Hosbec, the opening of hotels in Alicante Province during the first day of de-escalation has been “testimonial” of the situation, with “only around 1 per cent of the total doing so.”
Alicante, Elche and Crevillente were held back in the first round of Phase 1 movement last week, with Valencia Community health districts in Marina Baixa, Denia and Alcoy going through.
General Secretary, Nuria Montes, told Alicante Plaza, that today’s response has been minimal, with only of the 366 hotels associated with Hosbec deciding to reopen, although there are several more non-associated establishments that have opened in Alicante City and Alcoy.
For the next few days, Hosbec does not foresee any more openings, although there are likely to be more when the region passes into Phase 2 and certainly more “normalisation” with Phase 3, which could take place around June 15 or the the beginning of July.
Hosbec referred to some studies that indicate half of the Spanish will not go on summer holiday this year to justify, dashing any great hopes for the summer period.
“We will see in the autumn, but not all hotels will open because doing so with so little demand is not good for the sector,” said Montes.
Hosbec has therefore urged the authorities to protect the sector until there is “total normality.”
Hosbec will present the new data analysis tool for HOSBEC partner hotels, Biontrend, which will chart upwards trend, on Thursday, May 21.
Prior to this, on Wednesday, May 20, the 11th Urban Tourism Trends Conference will be held virtually.
Webinar will outline the new framework for the reopening of tourist establishments and services.
Hosbec said in a statement: “In this new scenario of the beginning of de-climbing, the webinar aims to prepare the tourist sector for the reactivation of the tourist activity.
“Together with professionals from the tourism industry, the measures being carried out by the administrations will be analysed, as well as the standards and initiatives promoted by the Spanish Institute for Tourism Quality to reinforce security and confidence in the reopening of tourist establishments and services.”
Taking part will be General Director of Tourism of the Generalitat Valenciana, Herick Campos; General Director of the Spanish Institute for Tourism Quality, Fernando Fraile; Councillor for Tourism, Valencia City Council, Emiliano Garcia and Director of the Visit València Foundation, Antonio Bernabé.