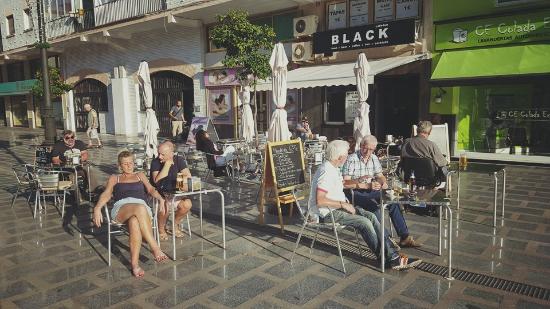 Another Lockdown? Expats fearful this could be the case Credit: Trip advisor,

Malaga’s Town Hall in the Costa del Sol has launched a communication campaign with the aim of boosting local consumption and attracting customers.This initiative is part of the plan for reactivating the economy which the town hall has worked tirelessly to develop.

This campaign coincides with Malaga’s timely transition from Phase 1 to Phase 2 of the national de-escalation plan, in which a larger amount of businesses will re-open, especially restaurants as they experience greater freedoms in terms of restrictions and capacity limitations.

The campaign works towards encouraging local users to consume in establishments that are part of their community. This is an explicit invitation to residents to support the bars, restaurants cafes and shops that are in their neighbourhood, as they are in dire need of this support.

The campaign stems from a “feeling of belonging, or a feeling of being part of the community at a time in which the health crisis has affected everyone, this appeal is being made under the visage of neighbourhood pride and the need for everyone to work together” at time in which this is crucial.

This campaign has been in the works since the beginning of the state of alarm and is compounded within the concept of “creating a neighbourhood” which is accompanied by the slogan, “when we consume nearby, we go far”.

Each district in Malaga is more than “capable of supplying the leisurely needs and consumption of the neighbours, and now more than ever, the community needs to support their local merchants” explained the councillor of Commerce and Public Roads, Elisa Perez de Siles.

The campaign will be launched on both a digital platform and in print advertising outside, as well as on radio stations which will remind people of this clear necessity to give back to your community so we can all grow stronger out of this crisis.