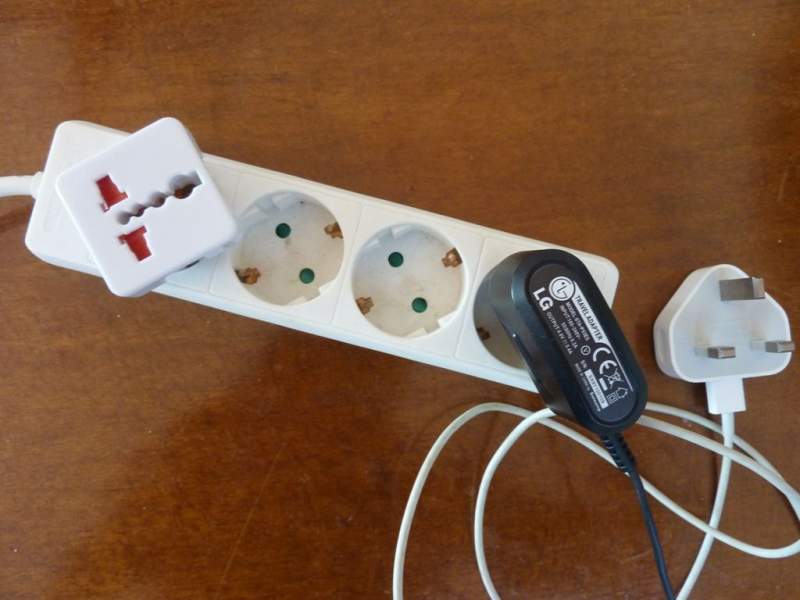 Once I have worked out whether a bayonet or screw fitting is required, I can change a light bulb.

I have been known to insert a two-pin plug into an adaptor – and even into a wall socket. And I can switch on a laptop and mow a lawn. But that’s about it, really. I am not a handyman.

If I needed to drill a hole or paint a wall, I used to call upon my old school buddy, Mike Morgan, a man who had travelled the world in the sixties with the Merchant Navy. I admired his ability to stop a tap dripping by fixing a washer, let alone the fact that he had laid a new floor in his impressive house in Kent. My brother-in-law (a teacher) had, with his bare hands and a little specialist help, created an extension to his house, while my father-in-law had actually built a house in Brazil, installing the plumbing and the electrics. How I envy such people.

One of my Brazilian father-in-law’s closest friends was a farmer. Not only could he keep cattle, pigs and chickens, but he also delivered their new-born calves and piglets and wrung chickens’ necks. Being squeamish, I couldn’t even watch him doing this. It was all I could do to witness a horse farting.

Gardening is almost as much out of the question as farming. My mother maintained a beautiful garden into her nineties and could name every flower, plant and tree. My father tended his vegetable garden to ensure the Sunday roast was accompanied by the freshest, healthiest produce. But I learned nothing from them. As I can hardly distinguish between a radish and a dandelion, I have either to employ a gardener or live in a flat.

As for motor cars! The mysteries of everything under the bonnet are quite beyond me, and how do people use jump leads? I can drive and I can fill up with petrol but if anything fails to function I am flummoxed. I remember running out of petrol on the way back from Oxford a few months after passing my driving test. I called my father from a phone box and, while waiting for him, I noticed one of the tyres was pretty flat. I started thinking. Maybe the car would start if I asked my father to put some air in the offending tyre.

Obviously, I have never bought anything which requires assembling – or even anything which is accompanied by instructions – apart from the odd packet of Ibuprofen. While my neighbours spend Sunday mornings at their garages, transferring engines from Aston Martins to London taxis for the hell of it, I just pray that my car will start in the morning. Otherwise, what would I do?