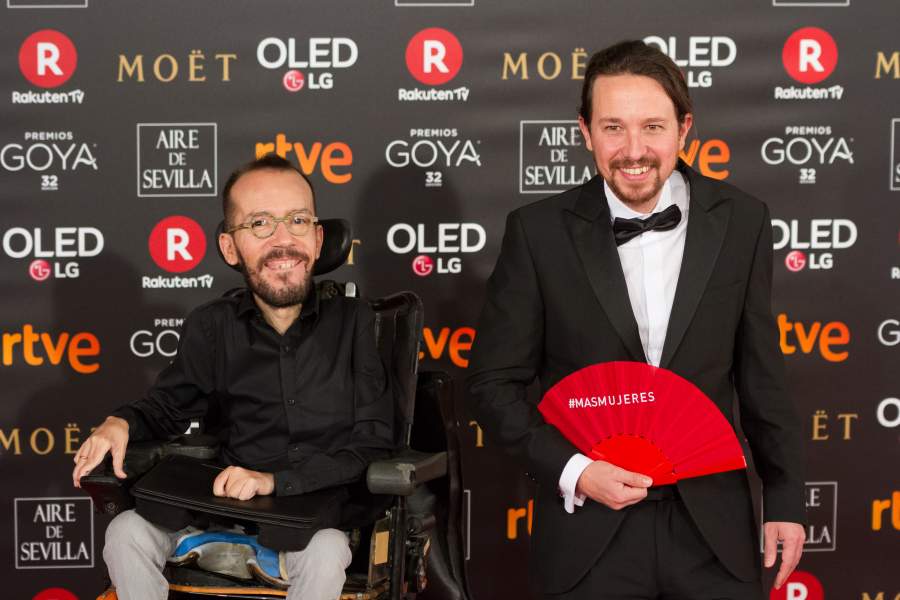 No questions: Pablo Echenique and Pablo Iglesias have forgotten their place. Credit: Wikipedia

PABLO IGLESIAS (Podemos leader and Spain’s Vice President) Donald Trump, and Vladimir Putin, all belong to different wings of politics, however, they all have negative attitudes towards the press and reporters who question them.

As supposed figureheads of democracy and true freedom of speech, the legislate powers have to be subjected to critics and it is their job to take it and not avoid it by disqualifying the press, reporters or columnists.

Mr Iglesias and Spokesman Pablo Echenique seem to have forgotten that they are no longer TV commentators and that they are now in positions of power. However, they have even created a campaign for the press and reporters who have questioned them with what they deem as uncomfortable questions and coined it the ‘Press Sewers.’

These attitudes are more from totalitarian leaders, as when something disturbs them they will try to eliminate it from the public opinion.

Creating space nowadays in the printed press to all types of voices is very expensive and not an easy task as many voices equal varied opinions which in turn is sure to, unfortunately, offend.

Euro Weekly News, unlike most other press outlets, are totally independent and do not bear any political sign other than that of common sense.

However, it does seem that some types of press are uncomfortable with the voices which they are unable to give space to. The bottom line is that common sense must always prevail over that of opinionated columns. However, it would not be a community paper nor a democratic free speech paper if this space was not made available to all.

A judge has just had to out rule the Catalan Government’s confinement ruling of Lleida. Pointing out that, only the State of Alarm can confine people and this has to be decreed by the Central Government.

What is concerning is that the way in which the Local Government decided upon this,  by either acting upon ignorance or solely a decision to step on the citizens’ basic constitutional rights without further caring about the bigger picture.

The worrying outlook is that the way that freedom of speech and movement is being handled all around the world gives the appearance that COVID has given a carte blanche to a totalitarian mandate.